Since Shallow Graves are Illegal, There’s Only One Way to Deal with Raiders’ Owner

Since Shallow Graves are Illegal, There’s Only One Way to Deal with Raiders’ Owner
N&V Staff 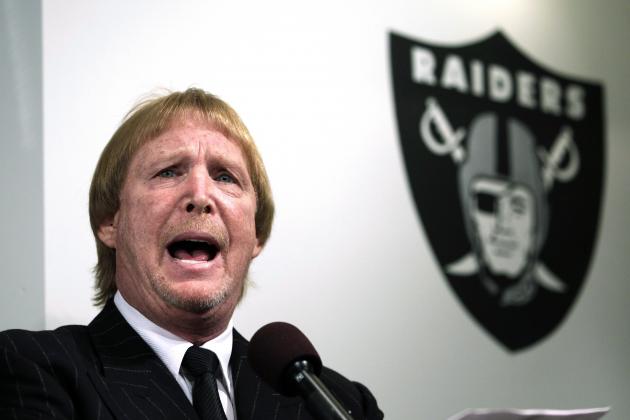 (Chuck Muth) – Back in the old days if some out-of-state shyster rolled into Vegas and got caught trying to cheat the house, there’s a good chance you’d find him black-and-blue and unconscious inside a trash dumpster in some dark alley – or worse.  And after learning of the scam Oakland Raiders owner Mark Davis tried to pull on us this week, I found myself missing those old days.

Make no mistake: The ONLY reason many of us supported the proposed Las Vegas Dome stadium project was because Sheldon Adelson was involved.

From his wildly successful Comdex convention to the Sands Convention Center to the Venetian and Palazzo resorts, Adelson has a long and impressive record of business success in Nevada and has been a valuable job-creating/revenue-generating member of our community.

If Sheldon was willing to invest $650 million of his own personal money in this project, the odds were it would be a success.  And with Sheldon involved, it was far more likely that the public portion of the funding for the project would be protected and, ultimately, profitable.

Davis, on the other hand, was an interloper.  No one here really knew him.  At best, we knew and respected his father’s business savvy and success.  Alas, it’s now become painfully obvious that the acorn fell about a mile from the tree.

Without Sheldon’s support, this project would never have gotten off the drawing board.

And the only reason many members of Nevada Legislature ultimately OK’ed the room tax hike to fund the $750 million public portion of the project – at significant political peril – was faith in Sheldon’s ability to make the whole thing work and get a substantial return on investment for taxpayers.

And to be perfectly honest, if Nevadans had their druthers they’d have preferred to lure ANY team other than the Raiders to our state – even the Buffalo Bills!  But because of Sheldon Adelson we were willing to suck it up and accept the Raider Nation as our own.

But after all that, the greedy Son of an Al went behind Adelson’s back and tried to cash in 100 percent for himself.  The level of hubris and ingratitude involved in this betrayal is of galactic proportions.

In return, there’s only one appropriate response: The Nevada Legislature should now pull the red carpet right out from under this huckster’s feet by immediately repealing the entire public funding package that was approved in last October’s special session.  No Sheldon?  No deal.

And be grateful we didn’t send Rocko and his Brass Knuckle Gang out for a more appropriate remedy.