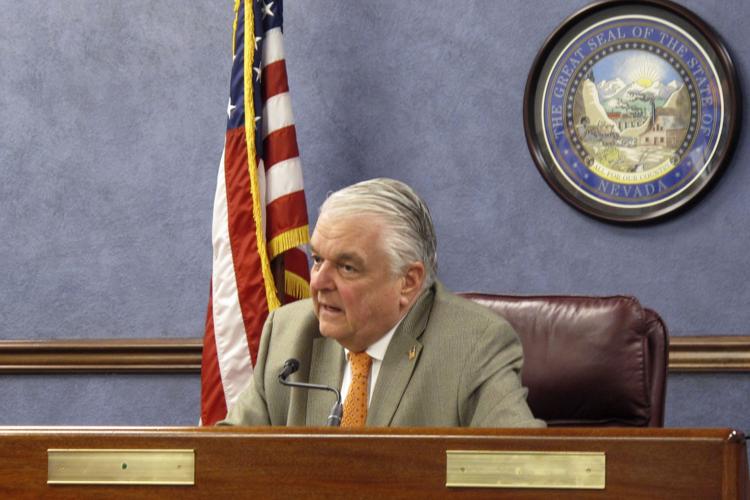 In this May 7, 2020, file photo, Nevada Gov. Steve Sisolak responds to a question during a news conference in Carson City, Nev.
AP Photo/Scott Sonner

The move is in response to the state’s budget shortfall brought on by a rough start to the fiscal year and the COVID-19 pandemic.

Sisolak announced his intentions in an email and video sent to state employees. He also communicated his intentions through a colleague memorandum that was provided to The Center Square by his office.

“It is with a heavy heart I must propose these actions,” Sisolak said. “I know for many state employees, layoffs, furloughs, and budgets cuts are all too familiar and create tremendous hurdles in the work of serving our State.”

According to his plan, Sisolak expects to layoff about 50 people without noting which offices or departments will be impacted the most. State employees will also be asked to take one furlough day per month as Sisolak expects agencies and commissions to propose two rounds of budget cuts.

From a fiscal perspective, Nevada is in considerably dire financial straits due to a loss of revenue brought on by the statewide business closures. Sisolak noted a $900 million shortfall in the current fiscal year which is set to end at the end of June. A $1.3 billion shortfall is expected in the next fiscal year, carving into a $4.5 billion general fund budget request for the same year.

Over 500,000 initial unemployment claims have been filed in Nevada through May 30, according to the state’s Department of Employment, Training and Rehabilitation.