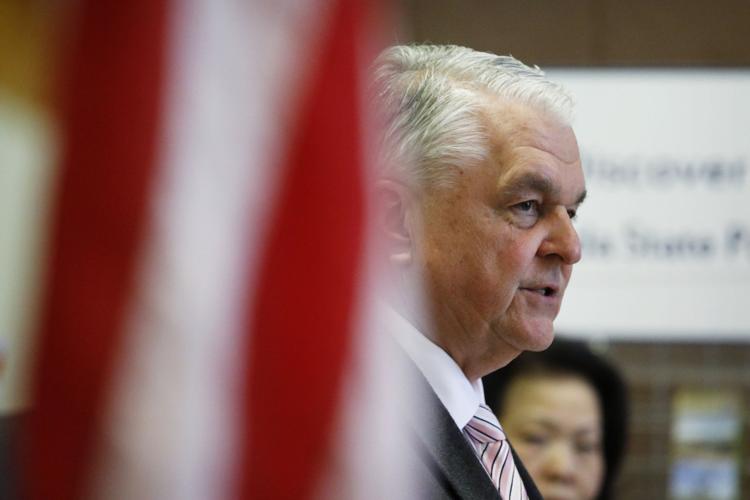 (Derek Draplin) – Nevada lawmakers will be called to a special session to deal with state’s budget crisis, Gov. Steve Sisolak said, noting that the state is not yet ready to move to phase three of its reopening plan.

“There’s going to be a special session,” he said during a Monday news briefing. “It’s just a matter of when,” noting it will be within the fiscal year, which ends June 30.

The state’s general fund is expected to see a $900 million revenue shortfall for fiscal year 2020, leading to the governor declaring a state of emergency last month. The state expects a $1.3 billion shortfall for the next fiscal year.

“We’re going to work with the legislature to come up with a budget moving forward, but we had to take some pretty significant cuts,” he said.

Sisolak also said the state is not yet ready to move to the next phase of reopening.

“We are not ready to go into phase three and the timeline will be dictated by the virus,” he said.

Phase two of the state’s reopening plan will extend until June 30, but Sisolak cited an upward trend in daily COVID-19 cases over the last few weeks and an increase in hospitalizations since June 5 as a reason for not advancing to the next phase. Casinos in the state began reopening with restrictions on June 5.

More than 485,000 people in the state have filed new jobless claims since the COVID-19 pandemic began, according to the Nevada Department of Employment, Training and Rehabilitation.