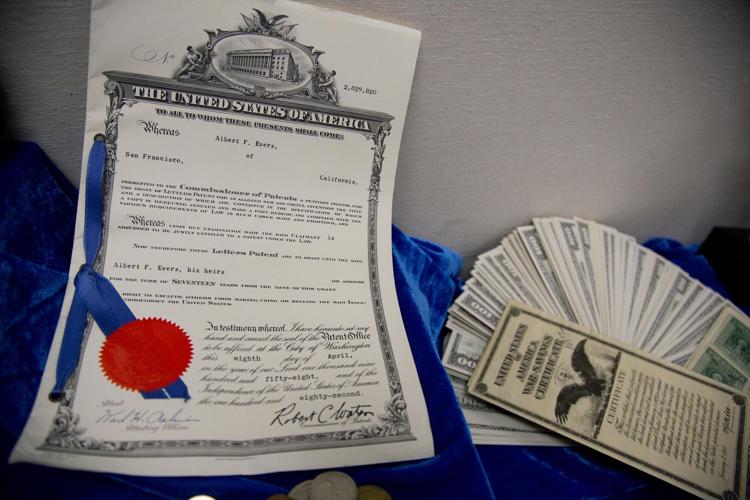 In this Friday, April 27, 2012 file photo, a patent for a mail slot, left, and U.S. war and savings bonds sit on display in the Nevada State Treasurer’s office in Las Vegas, part of numerous unclaimed properties that the state is trying to reunite with their owners or heirs. Every U.S. state has established a program, usually within the state treasurer’s office, to facilitate the return of unclaimed property to its rightful owners.
AP Photo/Julie Jacobson

Senate Bill 71 expands the definition of “unclaimed property” under state law to include virtual currencies. It also empowers the state treasurer’s office to initiate unclaimed property claims on a property owner’s behalf under certain circumstances.

“I am proud to sign Senate Bill 71, which will ensure that thousands of Nevadans can quickly receive funds that are rightfully owed to them,” Sisolak said in a statement. “The changes in this bill will go a long way to making sure Nevadans who need a little extra help can more easily receive their Unclaimed Property.”

During the pandemic, the state’s unclaimed property list swelled to over $1 billion in items, according to a report by CBS 8. Unclaimed property can include cash, bank accounts, and other assets.

In order to claim property on this list, the old system required a person to initiate a claim for the property with the treasurer’s office. There is no fee to return the property.

State Treasurer Zach Conine, whose office sponsored SB-71, helped launch a pilot program with the Nevada Department of Employment and Training during the pandemic to return unclaimed property to people who filed unemployment claims.

Sisolak said during the bill signing that the partnership resulted in over $2 million being returned to Nevadans in need.

“This bill will allow our Office to return more money to people who need it the most,” Conine said in a statement.