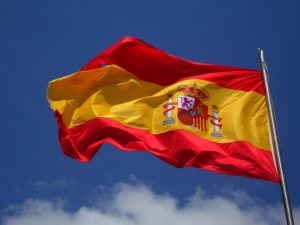 A few months ago, we decided the Controller’s Annual Report (CAR) should be published in Spanish, as well as English.

As a rule, we think most government documents shouldn’t be rendered in languages other than English.  It’s expensive and difficult to do, and in most cases the social value is not great when there are public employees or friends and relatives to help folks with limited English skills.

In this case, however, the translation could be secured at no cost to the state, and production and distribution at a very low cost to our modest legislatively approved publishing budget. Moreover, the CAR is one of our main vehicles for promoting transparency and accountability about key fiscal and policy issues.  So, it is an item with which Nevada should reach out to people.

Also, we had some positive previous experience with a Spanish-language document.  So, if governments want to make sensible efforts in non-English publishing, this made a good test case.

Three years ago, our first Controller’s Monthly Report, a four-page document, was translated into Spanish by Bea, a Mexican-born American citizen with outstanding facility in both languages, who has been a great friend and volunteer.  She had expressed enthusiasm for more such work, and the 24-page CAR is the ideal piece to translate.

In addition, Ron had suggested to his daughter Karyn that she do a half-time internship in the office to help translate, produce and distribute the document.  Not only would that introduce her to the working world, but she would improve her Spanish and learn production and distribution skills.  After considering the idea, Karyn was enthusiastic about it.

When Karyn’s best friend Lexi heard about it, she asked if she could join the team too.  We agreed and got the three of them together with our production person and a manager with strong bilingual skills who had helped with the first translation and agreed to help this one.

Last week, they went to work.  Due to space constraints in our office, after the first day, Lexi and Karyn worked at the Knecht home under the supervision of wife Kathy.  When Ron was there to observe the work, he was impressed with the diligence and focus of the two girls in their first working stint and with their productivity after minor initial stumbles.

By the end of a week, they had finished translating the first five pages of a challenging document that addresses economic, policy and financial matters.  Observing and talking with them, Ron learned their secret.

In the previous translation project, Bea had started from the printed English version and used her strong knowledge of both languages to create the Spanish version, which to Ron was the natural thing to do.  Bea and Ron are both decidedly 20th Century kids.

Karyn and Lexi are, of course, 21st Century kids.  And the natural thing for them to do was to fire up their computers and input the English sentences and paragraphs into an on-line translating program.  It returned the Spanish version of the text, which they inserted into their document.

Bea noted that the girls’ procedure allowed them to move faster through the text than she could.  She explained that she was familiar with translation programs, but preferred the old school way because it produces a richer, more nuanced and accurate version.  However, not being stuck in her ways, she recognized the value of the material Lexi and Karyn were producing and suggested she would work from their translation, and improve it for the final-review product.  Great idea!

So, the girls initially may not be improving their Spanish as much as hoped because they’re using the software.  However, they’ve made a great contribution to the speed at which the project will be finished.  In short, they’ve introduced a productivity gain to our system by bringing in new technology for automation.  And it will leave them time to concentrate on learning Spanish as they compare Bea’s product to their own.

This is another example of how automation displaces mainly the lowest level tasks and increases demand for higher level functions, while creating more efficiency and higher quality output.  And an example of how the new generation can improve things.