State Health Care Spending: The 900 Pound Gorilla
Ron Knecht
This is the third in a series of columns summarizing my Controller’s Annual Report (CAR) for fiscal year 2018 (FY18). 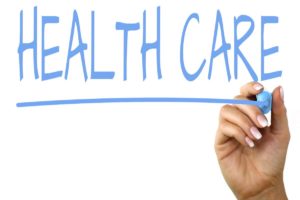 The first two columns showed that since FY06 state spending has grown faster than Nevada’s economy, thus imposing an ever-larger real burden on Nevada families and businesses, whose real incomes are lower now than in FY06.  Health and Social Services (HSS) spending has grown most rapidly by far, driven greatly by federal health care mandates and funding.
Nevada spent $5.844 billion on HSS in FY18, up 166 percent from $2.199 billion in FY06.  We get partial reimbursement for many HSS programs, including Medicaid and food stamps, from the federal government.  However, Medicaid and some other programs also require at least partially matching state commitments.
Medicaid is Nevada’s largest single expenditure, accounting for 64.5 percent of the HSS total.  Federal operating grants to support it are inversely proportional tothe per capita income in each state.  For 2017, the reimbursement rate to Nevada was 65 percent, up from 54 percent in 2006.  A prolonged decline in Nevada incomes relative to other states during and after the Great Recession drove this increase.  So, any robust recovery in our incomes will cause Nevada taxpayer spending for Medicaid to rise rapidly.
Almost one-third of the rise in Medicaid spending is due to expansion of eligibility parameters.  Historically, states participating in it were required to cover only highly vulnerable populations, including the elderly, disabled and children living below the poverty level.  The federal Affordable Care Act of 2010 (Obamacare), however, encouraged states to expand eligibility to all individuals with incomes up to 138 percent of the federal poverty level, including single, childless, working-age adults with no disabilities.
Expanded publicly funded health care benefits has coincided with declines in rates of private insurance coverage and other private health care spending.  In 2008, 68.6 percent of Nevadans held private insurance coverage, falling to 61.5 percent by 2012 before rebounding to 64.5 percent in 2015.
One explanation is that ACA mandates led to closure of many private insurance plans and temporarily left policyholders without coverage until some purchased new, ACA-compliant plans.  But the concurrent enrollment growth in Medicaid and other public health plans suggests that greater availability of these plans has displaced many consumers who previously could afford private insurance.  In 2015, 33.5 percent of Nevadans were enrolled in some form of public health plan, up from just 20.6 percent in 2008.
There’s evidence that expanding Medicaid to additional populations does not improve health outcomes and only further endangers the most vulnerable populations. Medical reviews reveal that outcomes are better for holders of private insurance policies than for beneficiaries of public health plans.  Mortality rates for surgical procedures are nearly three times higher for Medicaid beneficiaries than for private insurance holders and even higher than for uninsured individuals.
Policymakers have historically squeezed provider reimbursement rates to control Medicaid costs, while expanding Medicaid eligibility rules.  One consequence is that many health care providers, including the most talented, refuse to accept Medicaid patients.  The result is growing demand for Medicaid services as eligibility rules have widened the and a diminishing supply of providers within the network has contracted.
The resulting supply shortage has fueled widespread reports of Nevadans who nominally have coverage through Medicaid but can’t get care.  Thus, the increased competition for care wrought by eligibility expansion harms the most vulnerable populations who were previously eligible and who now face reduced access to care.
Whether public or private, most health care plans today are more accurately described as third-party-payer plans than insurance.  Insurance is a voluntary pooling of risks by participants to hedge against unforeseeable events; but public and private health care plans offer payment for routine and foreseeable treatment, as distinguished from risk outcomes.
These arrangements encourage individual participants to seek superfluous care because the cost of additional care is socialized among the group.  This perverse incentive, called “moral hazard” by economists, leads to rapidly escalating premiums for private plans and very swiftly increasing demands on tax revenues to finance public plans.
History shows a near-perfect inverse relationship between the percentage of care financed by Americans’ out-of-pocket spending and the nationwide cost of health care per capita.
Prev postNext post
Related ItemsController Annual Reporthealth careNevadaRon Knecht
Nevada
Ron Knecht

N&V StaffAugust 14, 2022
Read More
Scroll for more
Tap
America First Agenda Threatened by Barbarian Lobbyists at the Gate
Gillette and Nike Can Stuff It Where The Moon Doesn’t Shine