State K-12 Spending Up, Results Not Improved
Ron Knecht
This is the fourth in a series of columns summarizing my Controller’s Annual Report for fiscal year 2018 (FY18). 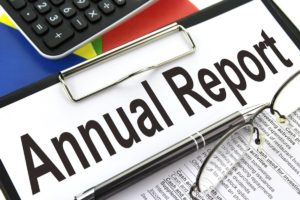 The first two columns showed that since FY06 state spending has grown faster than Nevada’s economy, thus imposing an ever-larger real burden on Nevada families and businesses, whose real incomes are lower now than in FY06.  The third one noted Health and Social Services spending, the largest budget item, has grown most rapidly by far, driven greatly by federal health care mandates and funding.
This column addresses the second largest and second fastest growing budget item: K-12 education.  The problem is that additional spending, instead of the policy reform we need, has not significantly improved student performance.
State K-12 spending grew from $1.24-billion in FY06 to $2.34-billion in FY18.  On a per-student basis, not including local K-12 spending, this was an increase from $3,172 to 4,760 annually. In 2007, Nevada eighth-graders ranked 44th nationally on reading and mathematics evaluations.  By 2015, Nevada’s ranking rose only to 43rd in reading and 41st in math.
Not only have increases in spending, without policy reforms, failed to improve results here, but international comparisons also show spending levels are uncorrelated with results.  Per-student U.S. spending is fourth among 33 developed nations, but our achievement rank is 23rd and our test scores are below average.  Japan’s achievement is highest, but its spending is only 15th.
To improve the effectiveness of Nevada’s education spending, we must allocate funds to programs that have been shown to boost student achievement.  Instead, we continue to placate teacher and administrator unions, which are selfish special interests, by throwing ever more money at them.
State and local politicians and the unions, administrators and school districts continue to serve primarily the adults running the system, instead of students and their families and the other taxpayers who pay the bills.  These groups continue falsely to claim that Nevada K-12 is “underfunded,” needs “full funding” or “adequate funding,” etc.  But they never say what level of funding would be adequate or how they know.  Instead, they simply want more for themselves at taxpayer expense, even as they deliver poor and stagnant value.
Research literature shows no school-controlled variable has greater influence on student achievement that the quality of the teacher.  Studies show that students lucky enough to have a top teacher make 1.5 times as much testable progress in a school year as those with average teachers.
Also, the best teachers are able to deliver effective instruction regardless of class size across a wide range.  That gives the lie to the continuous bleat from the education establishment and their political supporters about class sizes, which are greatly reduced from the levels that served most adults.  Mostly, class-size complaints are simply another way for the unions and districts to milk taxpayers for money for themselves.
The primary focus should be on recruiting and training highly talented teachers.  Nevada should relax restraints on who can apply for teaching licenses, instead of catering to the self-serving monopoly that education colleges now have on teaching positions.  Many good professionals, with only minor additional pedagogy training, could become excellent teachers.
Schools should also be free to offer attractive compensation packages to the most talented (effective) teachers.  Strict, formulaic schedules, especially those that reward longevity instead of excellence, give insufficient flexibility to administrators seeking to recruit top talent.  Again, the system serves the adults running it, not the students, their families and other taxpayers.
Families are the primary consumers of public education, and each family knows best its needs.  So, allocation of public spending on education is most effective when families are free to exercise choices among a wide range of educational offerings.  Studies have shown that schools of choice, including public charter schools and private schools, operate at lower costs than traditional neighborhood monopoly public schools, while delivering better results.
Strong evidence also exists that technology-assisted learning leads to better student outcomes while also allowing teachers to better manage larger classes.  Thus, on-line home-schooling is becoming ever more popular.  Many students are much happier with it, while doing ever better.
If we focus on these policy initiatives, instead of throwing more money at the current system, we can improve.
Prev postNext post
Related ItemsAnnual ReportFY18Ron Knecht
Nevada
Ron Knecht

N&V StaffSeptember 12, 2022
Read More
Scroll for more
Tap
Brothel Worker Rides to the Rescue of Complete Stranger
Who in the Hell is Jussie Smollett?