Stuck-on-Stupid Government: Another in a Series

Stuck-on-Stupid Government: Another in a Series
N&V Staff 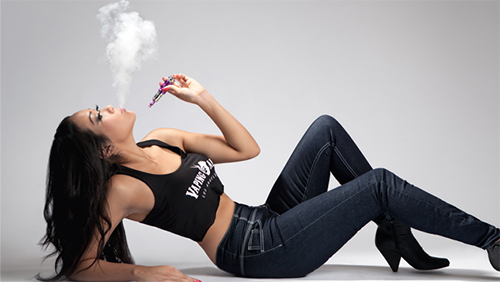 (Chuck Muth) – One of the more annoying things about government is how it regularly invents confusing, often unintelligible, terms for important public policy issues which leave the public scratching its collective heads with bafflement.  For example, “Predicate Date.”

Go ahead.  Just try to guess what that’s all about.

To make matters worse, the issue involves tobacco even though the brouhaha has nothing whatsoever to do with tobacco.  Head spinning yet?  Allow me to clear the fog…

The 2009 Tobacco Control Act stipulates that any “new” tobacco product introduced after February 15, 2007 – the “predicate date” – must undergo an extensive and expensive regulatory review and approval by the Food & Drug Administration (FDA) before it can be sold.

Since e-vapor products, including e-cigarettes, don’t contain tobacco, it’s only logical to assume such products wouldn’t fall under this requirement.  But since we’re dealing with government, logic does not apply.

E-vapor products didn’t come into the market until after the “predicate date.”   Again, this shouldn’t be a problem since e-vapor products contain no tobacco.  However, the over-reaching FDA is threatening to unilaterally issue a “deeming regulation” that declares otherwise.

If it does, it’s estimated that 99% of e-vapor products on the market today will be forced off shelves until the FDA approval process – which would cost MILLIONS for each separate product – is completed.  This is “Stuck on Stupid” writ large.

One of the federal government’s over-riding objectives for decades now has been to dramatically reduce tobacco smoking, especially cigarettes.   E-vapor products – again, which contain NO TOBACCO – have actually been wildly successful in moving towards that life-saving, tobacco-free nirvana.

A survey conducted by the Center for Disease Control (CDC) “suggests that there are more than 9 million adult consumers of vapor products in the United States” and the rise “corresponds with a significant decline in smoking rates among Americans, including teenagers.”

In other words, the invention of vaping products has successfully done what years of ominous warning labels, scary public service ads and skyrocketing taxation have failed to accomplish: Getting people to quit smoking.

You’d have to be a complete idiot – or the government; but I repeat myself – to try to kill the one free-market thing that’s actually working to achieve your goal.  Yet that’s where we are with the FDA today.

There is, however, a quick and easy way to fix this nonsense.  All Congress has to do is change the “predicate date” to the date of the FDA’s “deeming regulations” – August 8, 2016 – which would “grandfather” in all the vaping products already on the market.

The tool to do that is called the Cole-Bishop amendment that is included in a funding bill right now.  Congress should ensure this amendment passes this year.  It’s so simple – so very simple – that even a child could do it.