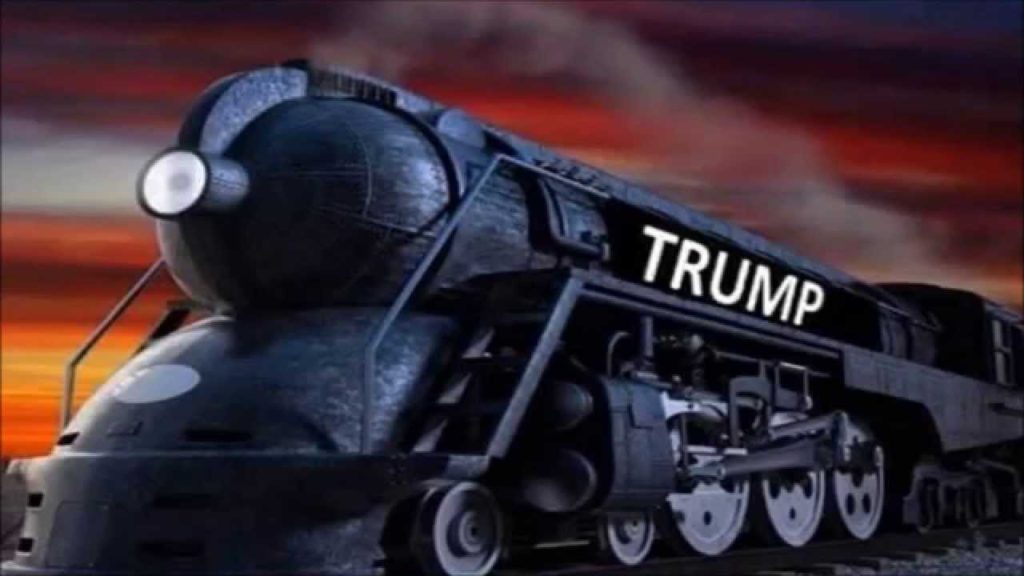 “Who could possibly have seen this coming?” they ask with deer-in-the-headlights incredulity.

Actually, many of us down at ground zero in the grassroots saw it coming a mile away.  In fact, here’s what I wrote way back on July 28th of last year…

“Folks, a political campaign is a sales and marketing campaign.  And no matter what else you think about Donald Trump, he is a MASTER at sales and marketing.  And he’s getting better on the stump every…single…day.  Write him off as the GOP nominee at your peril.”

I haven’t voted *for* a Republican presidential candidate since Ronald Reagan in 1984.

Instead, I’ve been forced to hold my nose and vote against the Democrats’ nominees thanks to the Republican Party establishment shoving, in succession, George “Read My Lips” Bush, Bob Dole, George “Compassionate Conservative” Bush, John McCain and Mitt Romney down our throats.

But this time the foot’s on the other shoe.

This time the establishment lost.  As such, ‘tis they who will swallow the bitter taste of the lesser-of-two-evils choice grassroots conservatives have had to make for the last 32 years.

But make no mistake.  The problem grassroots conservatives have with the establishment GOP hasn’t been limited to the party’s presidential nominees.

At the congressional level you can go all the way back to 1995 when Newt Gingrich and the new Republican House majority RIGHTLY shut down the bloated federal government only to see Bob Dole and the Senate moderates open it back up.  It’s been downhill ever since.

Indeed, the main roadblock to true conservative reform and governance has been establishment GOP leaders more often than Democrats.  Proof positive was the failure to advance a bold conservative agenda after the 2004 elections in which Republicans won the White House as well as full control of the House and Senate.

And what did the GOP establishment give us?  A bridge to nowhere in Alaska!

Bringing this point closer to home here in Nevada, in 2014 voters elected a Republican governor, lieutenant governor, attorney general, secretary of state, treasurer and controller, as well as a Republican majority in both the Senate and Assembly.

And what did the GOP establishment give us?  The largest tax hike in state history!

Indeed, the true enemy of conservative governance has been weak-kneed, go-along-to-get-along moderate Republicans in Name Only (RINOs).  And twenty years of their sell-outs, betrayals and obstruction are why so many conservatives in 2016 are hitching their wagon to a man everyone knows isn’t a movement conservative, but who they believe will smash the stranglehold the establishmentarians have on the party.

The Trump Train is leaving the station. All, aboarrrrd!

(Mr. Muth is president of Citizen Outreach and publisher of NevadaNewsandViews.com.  You can reach Chuck at ChuckMuth.com.)

The Center SquareNovember 7, 2022
Read More
Scroll for more
Tap
Obama Proves It Will Take Much More Than Hillary Being Elected To Destroy The Republic
Turner: Mass Murders In 20th Century, Is It Because We Own Guns?