The Answer to Question 3 Is No!

The Answer to Question 3 Is No!
Ron Knecht 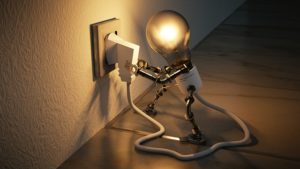 Question 3, the text above, offers voters in November a chance to require legislators to pass such reforms by July 1, 2023.  It also stipulates that every person, business, association of persons or businesses, state agency, political subdivision of the State, or any other entity in Nevada has the right to choose the provider of its electric service.

That freedom includes, but is not limited to, selecting providers from a competitive retail electric market or producing electricity themselves or in association with others.  And people and entities would not be required to purchase energy from just one provider.  Laws passed by the legislature to do these things could not limit a person or entity’s right to sell, trade, or otherwise dispose of electricity.  Current law does not provide these measures.

Ron has worked toward these ends for about 43 years as a university research engineer; senior professional economist and financial, policy and technical analyst for three different regulatory agencies; and consultant and expert witness many times for many parties of all kinds around the country.  This sounds like just what he has been promoting (but it isn’t).

Proponents of this measure also assure us it will promote renewable and other new resource options and technologies for electric generation.  Over that 43 years, Ron also provided many analyses and testimonies in support of new technologies, options and alternatives to conventional large power plants, including renewables.  James, like Ron, a limited-government conservative and opponent of regulatory capture and public-sector cronyism, supports these various goals.

First, the proponents make some claims that aren’t true.  For example, they claim regulated utilities are guaranteed a profit.  Not true.

And the two sides argue about the effect regulatory reform would have on ratepayers as a group and on individual ratepayer classes (residential, commercial, industrial, etc.).  Also on business and employment.  As always, the devil is in the details of how reform is implemented.

This measure was passed by voters in 2016 and must pass again this year to amend Nevada’s constitution.  Ironically, or maybe not, some arguments used by opponents in 2016 were even more ridiculous than the erroneous ones of the supporters.

Mostly, the opponents grossly misrepresented the record on regulatory reform and deregulation, claiming falsely that it messed up airlines and banking.  They added a very one-sided account of the effect where reform and deregulation has been tried in other states.  The record in the electric business has in fact been mixed.  Again, the devil is in the details.

This year, opponents have been somewhat more circumspect in their arguments.  But they have focused especially on the one detail that really should decide the matter in favor of no.  That detail is that this question proposes a constitutional amendment, not statutes and regulations.

The genius of the U.S. Constitution and some American state constitutions is that they are short and cover mostly only the basics of governmental structure, powers and limitations.  They also include basic protections for citizens, such as the Bill of Rights.  This is a prime reason America has been so successful.

Constitutions get in trouble when they dabble in very particular and passing matters.  To the extent government must do so, it should be done via legislation that can be easily remedied, not constitutional provisions that are nearly cast in stone.

So, let’s defeat Question 3 and then pressure legislators to do the job they should on this matter.