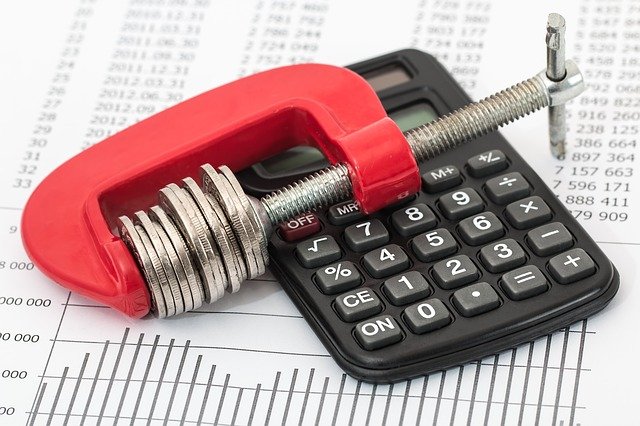 (Ron Knecht) – President Joe Biden released his record-setting proposed budget last week.  Here I’ll try to describe the particulars in terms of the basics: spending, taxes, deficits and debt, all relative to the total economy as measured by the gross domestic product (GDP).

The $6-trillion spending total for FY22 would be 25.4 percent of projected GDP of $23.6-trillion.  His budget projects total federal spending will remain at nearly 25 percent for the rest of this decade.

The average since World War II and before the pandemic was 19.4 percent, and no single year in that period reached 25 percent.  Our economy is growing faster now than in recent years as people and businesses emerge from the shutdowns ordered by governments the last 15 months.  So, instead of increasing spending relative to the GDP, we should be reining it in, according to Keynesian orthodoxy.

Under Biden’s budget, federal spending would exceed $45,000 per household next year.  And more spending proposals are expected later.

The largest part of the spending is “transfer payments”, the income and other support paid by government to people and businesses.  This share of federal spending has risen from 27.7 percent in FY64 when President Lyndon Johnson launched his Great Society programs to 70 percent in FY19.  It is the tail that wags the dog, because these mandatory programs are on auto-pilot and do not require annual Congressional appropriations.

The remaining spending, $1.52-trillion for FY22, is called “discretionary” and includes $770-billion in defense and homeland security spending, an increase of 1.5 percent from FY19, or a net decline in real terms because inflation is expected to be 2 percent.  The $770-billion is less than 3.3 percent of expected GDP.  Defense spending relative to the total budget has shrunk from 46.2 percent in FY64 to 15.4 percent in FY19.

Other large discretionary spending items would get increases of 23.4 percent (Health and Human Services), 40.8 percent (Education) and 15.2 percent (Housing and Urban Development).

To finance all this spending, Biden proposes $3-trillion in tax increases over this decade, the largest tax hike relative to GDP since 1968.  His tax increases would undo the 2017 tax reform that lifted business investment and increased wages, especially for lower earners.  They would also hobble the supply side of the economy as it tries to meet the post-pandemic demand growth.

Biden proposes to retroactively raise long-term capital gains taxes to 43.4 percent, a modern high.  And to raise the corporate rate from 21 percent to 28 percent.  He would hike the top marginal rate for individuals from 37 percent to 39.6 percent.

Progressives have made many proposals to soak the rich and corporations.  Even if they did not destroy the economy – and they would – the sum of all of them would not cover the projected $1.8-trillion FY22 deficit, or 7.6 percent of the economy.  So, taxing the middle class, which is where the money is, would be necessary, contrary to Biden’s election pledge and his continuing insistence it won’t happen.

The increasing recent deficits and those proposed by Biden are driving our publicly held national debt from high levels in 2019 past dangerous levels now and toward catastrophic levels later this decade.  At 79.2 percent in 2019, the debt was increasing toward the 90 percent figure that major economic research has found to be the danger zone.  This year it is estimated to rise to 109.7 percent, and Biden’s proposals would hike it to 117 percent by 2031.

The budget document estimates that annual interest payments on the debt will more than double by this decade’s end.  But it assumes the Federal Reserve won’t raise interest rates much from the record low levels to which it has held them in recent years.  Further, it assumes America’s creditors will be satisfied with current federal interest rates, despite inflation and financial risk from higher spending, taxes, deficits and debt.

Biden’s budget would be a disaster for America.