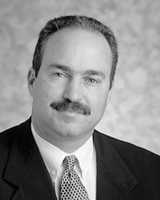 (NN&V Staff) – “Sputtering” Jon Ralston is a self-professed “journalist” whose professional career has tanked in Nevada while former – and in his mind, lesser – colleagues have moved on to bigger and better things in our nation’s capital and beyond.

Over the past dozen or so years, Sputtering Jon has gone from the most-read political columnist in Nevada’s most-read newspaper to a run-of-the-mill liberal blogger, while his television show has simultaneously been bounced from an NBC network affiliate to taxpayer-subsidized PBS.

No wonder he’s so bitter and hate-filled.

In recent years Ralston has shed even the pretense of being an objective reporter and instead has exposed himself as nothing more than a partisan shill and liberal propagandist for establishment special interests and advertisers.