Nevada Attorney General Adam Paul Laxalt announced that the U.S. Fifth Circuit Court of Appeals granted his office’s motion to dismiss in the Yucca Mountain nuclear waste lawsuit filed by the State of Texas. In filing its lawsuit, Texas sought to force congressional funding and rush the Nuclear Regulatory Commission into completing the Yucca Mountain licensing process within a year or less. Texas also sought to prevent the U.S. Department of Energy from pursuing a consent-based siting policy for nuclear facilities. 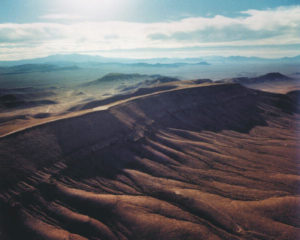 “Today’s decision comes after many hard fought legal efforts to protect Nevadans from the poster-child for federal overreach—a cram down of a nuclear waste repository at Yucca Mountain,” said Attorney General Adam Laxalt. “This victory proves Nevada is unified in its fight.”

“This type of litigation victory happens but once a decade, and is a credit to the hard work of lawyers in my office including my Solicitor General’s Office that is responsible for the legal briefing in this case,” added Laxalt. “We are also proud to work cooperatively with the Office of Nuclear Project’s staff and the Governor’s Office.”

“As Governor of Nevada, I am incredibly pleased by today’s motion to dismiss,” Governor Brian Sandoval said. “Our state has long been united in the fight against Yucca Mountain and, whether in court or in Congress, we will continue to oppose the siting of a nuclear waste repository in our great state.”

As Deputy Solicitor General Jordan Smith wrote in Nevada’s filings, “If Texas [was] successful, the end result [would have been] to short-circuit the current legislative process, hamper Nevada’s ability to present its case in full and fair licensing and adjudicatory hearings, and ultimately shove a flawed and dangerous nuclear waste dump on Nevada and its citizens.”