Growing Government Overreach – Does it Ever End?

Growing Government Overreach – Does it Ever End?
Ron Knecht

Ayn Rand, the hero author of many a conservative and libertarian, once said: “We are fast approaching the stage of the ultimate inversion: the stage where the government is free to do anything it pleases, while the citizens may act only by permission.” 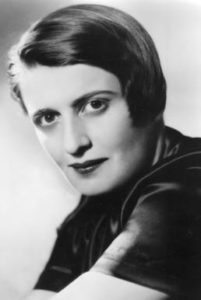 A frightening statement indeed.  Especially since the essence of America’s Constitution is the opposite: the federal government has limited powers and the people and states retain all freedoms not expressly denied.

Ms. Rand passed in 1982, so the quote antedates that time.  Decades ago she was already seeing so much where the “if it pleases the crown” mentality had invaded all parts of our daily lives.  Several examples Immediately come to mind.

We cannot own real property without paying taxes to the state.

We cannot operate a motor vehicle without state mandated automobile insurance and paying fees to the state to register the vehicle and operate it.

We cannot hunt or fish without a license from the state.

We cannot operate a drone without a license from the government.

We cannot get married without obtaining a license from the state.

So, are we truly free?

This reminds us of another Rand quote: “Freedom:  To ask nothing. To expect nothing. To depend on nothing.”

The basic question: “Are we really free?”

We submit that, in many ways, we are still free.  We do still have the rights guaranteed by the Constitution.  Freedom of speech, freedom of religion, the right to bear arms, the right to a fair and speedy trial, and protection against unreasonable searches and seizures, just to name some of our Constitutionally protected rights.

Still, even these basic freedoms are under attack.  Many constitutionalists believe that any infringement on the Second Amendment erodes this freedom, including bans on certain types of weapons, magazine restrictions, and the requirement to have a concealed carry permit to exercise this right in the public square.  Further infringements are demanded every day by the mainstream media and progressive activists who make proposals that would turn law abiding gun owners into criminals.

How far would James go on 2nd Amendment matters?  He would repeal everything back to the National Firearms Act of 1934, including the Brady Act.  What part of “shall not be infringed” does the government not understand, anyway?  The citizen has the right to own and possess any gun or ammunition the government has a right to own.  No more, and no less.  (Ron would consider separately each measure to be repealed, but can’t think of provisions worth keeping.)

Clearly, our protections against unreasonable searches and seizures are under fire too.  This erosion was accelerated with passage of the USA Patriot Act.  This act expanded what are called expanded surveillance procedures, allowing the government to gather foreign intelligence on both non-citizens and citizens.  It has led to warrantless gathering of metadata from our cell phones and computers, including our texts and emails, although that was supposedly ended in 2015.

Our government’s response?  We keep the average citizen safe from terrorist attacks with the provisions in the act.  But how much freedom should the same average citizen be willing to give up?  We suggest that the USA Patriot Act goes too far, and should be repealed.

We encourage fighters like Senator Rand Paul to continue to bring this overreach out into the open in the hopes more people will listen and join the fight against the act.  It was a feel good measure born in the confusion and anger our country experienced after we were attacked on September 11, 2001.  Cooler heads now need to prevail, and it needs to be repealed.

Where does this leave us?

Freedom is a fragile thing, and taxation and regulation have greatly and increasingly eroded freedom for all of us.  From the opening quote, Ayn Rand saw the key issues two or three generations ago, and we all pay a price for our lost freedom.

Libertarians and limited government conservatives will continue to fight against additional erosion of our freedom, even if it may not be trendy to do so.

As Benjamin Franklin once said, “Those who would give up essential Liberty, to purchase a little temporary Safety, deserve neither Liberty nor Safety.”

N&V StaffMarch 23, 2022
Read More
Scroll for more
Tap
ROGER STONE EXCLUSIVE: Mueller Can Indict a Ham Sandwich But I’m Not Interested in Being His Lunch
A Conservative Look at Nevada GOP Primary Races