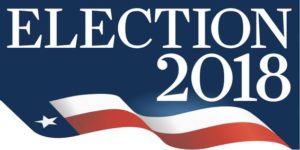 I don’t like early voting.  Early voting is a decided advantage for incumbents and “establishment” candidates with lots of special interest dough in their pockets and purses.

But since half of you are likely to vote early and have asked, here are some early observations for conservative voters in some GOP primary races…

U.S. Senate:  Sorry, but Dean Heller was a Never Trumper who helped kill efforts to kill ObamaCare and continues to support the Mueller “Russia collusion” witch hunt.  That should be rewarded? Not with my vote.

Both Sarah Gazala and Tom Heck have signed the Tax Pledge in this race.

CD-2: Mark Amodei.  He’s signed the Tax Pledge and was Donald Trump’sstate chairman in Nevada.  He also has a wicked sense of humor.

CD-3:  While Danny Tarkanian [Disclaimer: one of my clients], Scott Hammond and Michelle Mortensen have all signed the Tax Pledge and all voice support for President Trump…

Hammond voted for the largest tax hike in Nevada history as a state senator in 2015 and failed to successfully fight for funding for the Education Savings Accounts (ESA) school choice program.

And while Mortensen, who’s only been in politics for six months, has regularly criticized “typical politicians” in her campaign, she’s unfortunately already adopted the “typical politician” swamp tactic of lying about her conservative opponents.

So unnecessary and so disappointing.

Tarkanian, on the other hand, is battle-born and battle-tested.  He’s endorsed by President Trump and absolutely has the best chance to win back the CD-3 seat in November.

CD-4:  Both Cresent Hardy and Dave Gibbs have signed the Tax Pledge.

Hardy, unfortunately, was a Never Trumper.  But he probably has the best shot at pulling off another miracle and snatching this seat from the Democrats.  He did it once before in the 2014 “red wave” election.

Gibbs is a former GOP party chairman – and there’s a place in heaven for people like him who have lived through that hell.  If you can’t bring yourself to vote for Hardy, Gibbs is the most viable conservative alternative.

Although they have not signed the Pledge for the offices they’re currently seeking, Secretary of State Barbara Cegavske and state Treasurer candidate Bob Beers were both Pledge signers when they served in the Legislature.

For State Senate District 8 I like “outsider” Dan Rodimer, and “outsider” Byron Brooks in Senate District 20.  But neither has the strength of their convictions to join Laxalt and other conservatives in signing the Tax Pledge.  As such I fear both would quickly be co-opted by the special interest/establishment swamp creatures on the “dark side” in Carson City.

On the other hand, I have no such fear about State Senate District 16 candidate Gary Schmidt, a boat-rocking Pledge signer up in Reno.  He’s running against Sen. Ben “Blue Dog” Kieckhefer, one of the biggest tax-hiking, government-growing, wishy-washy RINOs (Republican in Name Only) in the Legislature.

And although not a Pledge signer, Assemblyman John Ellison (AD-33) has a proven record of opposing and voting against tax hikes and deserves conservative support.

Other “outsider” Assembly candidates I like but who have disappointingly not signed the Tax Pledge and, therefore, need to be eyed with a healthy dose of skepticism: Garo Atamian (AD-21), Matt McCarthy (AD-23) and Janice Wesen (AD-34).

I’ve supported Richard in the past; however, he now refuses to sign the Tax Pledge and has demonstrated early signs of being lured over to the “dark side” with the rest of the GOP establishment and Carson City swamp creatures.

“Richard Bunce is a perennial candidate,” George Harris, publisher of Liberty Watch Magazine, warned this week.  “He started his career as a Ron Paul disciple, but quickly became a mushy middle moderate standing for nothing.”

Hate when that happens.

Supreme Court Seat C:  A vote for Elissa Kadish is like a vote for Ruth Bader Ginsberg.  If you like liberal, activist judges, she’s your gal.

But she’s also the favorite and has a huge money advantage.  If she gets more than 50% of the vote in this multi-candidate primary she’ll move the Nevada Supreme Court hard to the left.

The candidate most likely to give her a run for her money in the general election (if there is one) is Jerry Tao, who has compared his judicial philosophy to the late U.S. Supreme Court Justice Antonin Scalia.  Hard for any conservative to argue with that!

If any circumstances change between now and the “real” Election Day, I’ll let you know.