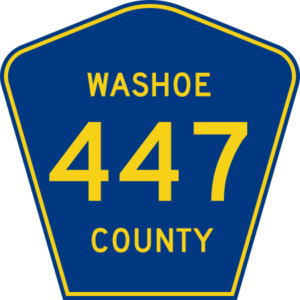 A month after the November 2018 election, I wrote an analysis of the results of recent statewide elections.  From total statewide voter turnout data, I came to one clear conclusion: 2014 was the outlier year and the most recent results were quite in line with the long-term trends in Nevada.
Recently, Republican state party leaders and national staff have been trying to pin our 2018 losses on the new leaders of the Washoe County party who refused to knuckle under to them.  They have conned some rural Republicans into repeating their false narrative.  But they’ve avoided numbers and facts, sticking to name-calling (“ankle-biters”) and rant.
An even more detailed look at the numbers and facts below shows clearly Washoe County’s new Republican leadership has done a fine job – certainly much better than the state party and national staff did with Clark County in 2018.
The other good news is that the Clark County party now also has new and energized leadership and is getting out from under the thumb of the state party and national operatives.  Thus there is reasonable hope we may overcome the Democrat hegemony in the vital 2020 elections that will determine which party draws the district boundaries for the next decade.
So, to the numbers.
As I noted previously, the total statewide turnout in 2014 was 45.56 percent of active voters, while that in 2018 was 62.51 percent.  Delving into the data for the two previous “midterm” elections (those between presidential elections), I noted the 2006 turnout was 59.16 percent and that for 2010 was 64.62 percent.  Hence, 2014 was the outlier event and 2018 was right in the mainstream.
To further test this conclusion, I obtained county-by-county and party-by-party data from the Nevada Secretary of State’s website for the years for which it is available, 2010-2018.
Comparing the results for all four elections and especially comparing midterm and presidential elections separately, one fact jumps out.  In 2014, all Clark County turnout, especially that for Democrats and other parties even more than Republicans, just dropped through the floor.  Because Clark County votes total 67-68 percent of the statewide totals in other years but were only 62 percent in 2014, Republicans had a banner year, led by the other 16 counties.
The Clark Democrat vote in 2014 was only two percent higher than the county’s Republican vote, but in the other three elections the Democrat margin was 33-43 percent.  Essentially, the Clark Democrats and other party voters in 2014 deserted in droves.
So, we won all six state constitutional offices and both houses of the legislature.  Of course, what the governor and 2015 Republican legislative leadership did with that bonanza was despicable.  Sadly, it will be exceeded by what Democrats will do with their big advantage this term.  Hence, it is essential for the Clark and Washoe Republicans, who provide 80 percent of our votes, to do well in the 2020 elections.
Turning specifically to Washoe County, it’s notable that Democrats there made a great leap forward from 34 percent of the Washoe vote in 2014 to nearly 37 percent in 2016 (before the current Washoe Republican leadership took over), rising to 37.5 percent in 2018.  However, Washoe Republicans improved their percentage of the county-wide vote slightly this year, too, with the other parties taking the losses.
Washoe County had the highest turnouts of their registered voters for all three parties: 74.9 percent for Democrats, 74.4 percent for Republicans and 58.5 percent for the others.  In Clark County, Republicans got 67 percent, Democrats 62.5 percent and others 48.8 percent.  In the other 15 counties as a group, Republicans got 63.2 percent turnout, Democrats 61.3 percent and others 46.9 percent.
With cracker-jack ground work organization and strong local fundraising, Washoe Republicans won 19 of 23 contested local races, including one city council and two school board flips.  Of the six state constitutional and two federal races on which the whole county voted, Republicans won four.  In Clark County, Republicans won no statewide and federal races, while in the other 15 counties as a group, they won all.
If the new Clark leadership joins and matches Washoe and the ever-steady other 15 counties, we can win in 2020.
Prev postNext post
Related ItemsElectionLeadershipRepublicanRon KnechtWashoe County
Opinion
Ron Knecht