Weinberg: American People Know Hillary Is A Crook And Barack Is Lying 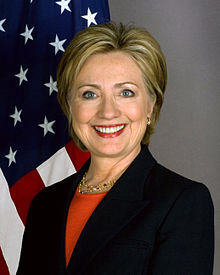 Hillary’s email controversy caught the entire nation’s ears and judgment. The prevailing question remained unanswered to the minds of the American people is: ‘Would Hillary’s email not constitute a valid ground for prosecution?’ (Courtesy: Wikimedia Commons)

(Fred Weinberg) – Should, knowing what we know, Hillary Clinton be prosecuted for running her own private email server while she was Secretary of State?

Should those people have been prosecuted?

Should former IRS employee Lois Lerner have been prosecuted for targeting political groups with whom she had ideological differences in the same manner Richard Nixon once used the IRS?

In point of fact, prosecution at the Federal level is largely a matter of judgment. There are so many Federal crimes, that prosecutors not only can be selective, they almost have to be.

But fair is fair.

If you are going to charge the director of the CIA for sharing some classified information with his biographer, how can you NOT charge the former Secretary of State with the same crime for running an unsecure email server instead of using the government system.

Barack Obama told Fox News:  “Guaranteed.  Full stop.  Nobody gets treated differently when it comes to the Justice Department, because nobody is above the law.”

The only problem with that is what we’ve just written above.

This is the same President who once told Bill O’Reilly that there was “not even a smidgeon of corruption, I would say” on the IRS targeting of conservative 501(c)4 groups.  Except he was clearly wrong.  It became a case of who do you believe; me or your lying eyes?  Yet the Feds didn’t prosecute Ms. Lerner who was allowed to retire with a full pension.

No matter what Obama tells us, the absolute fact is that the Department of Justice is NOT independent of the White House.

If the President wants someone prosecuted and there is anything close to a whiff of smoke, a Federal Prosecutor can get a Grand Jury to indict a canned ham.

Conversely, if there is a person who ought to be charged with a blatant violation and ought to be tried by a jury of his (or her) peers, a wink and a nod from the White House can stop the whole process dead.

Can you seriously tell me that Barack Obama did NOT wink and nod at Chris Wallace from Fox News last week?  Full Stop?  Guaranteed?

The only thing which can change that is a group of FBI agents who are not afraid of their jobs and, frankly, that’s not historically common.

But the American people know.

Even the Democrat leadership is not immune from that knowledge.

There’s Hillary saying, “trust me” and then there’s reality.  Her reason for running a private email server probably was not that it served the American people better than using the systems they actually paid for at the State Department.

And the American people are smarter — a lot smarter — than Barack Obama gives us credit for.