Weinberg: It’s Better For Trump NOT To Be Endorsed By LOSERS Like Graham and Romney

Weinberg: It’s Better For Trump NOT To Be Endorsed By LOSERS Like Graham and Romney
N&V Staff

I’ll give George W. Bush props.  I think he’s a decent guy who was a decent President but made a few mistakes.  If, out of loyalty or even pique, he chooses not to endorse the standard bearer of the party which made him the most powerful man in the world for eight years, I understand.  To a somewhat lesser extent, I can also give his 90-year old father the same pass. 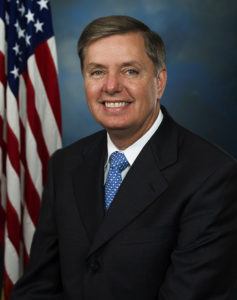 Graham and Romney, however, are the exact reasons that Trump is the nominee today.

If I had to pick a one-word description of those two, it would be LOSER.

The complete lack of vision exhibited by both during this campaign is nothing short of stunning.  Graham is pretty close to the most liberal members of that do-nothing debating society, the United States Senate.

To quote Conservative Review, “During Senator Graham’s tenure in the Senate, he has not only voted with Democrats on a number of key issues, he has embraced a public role of bucking conservatives on these policies while working with the Left.  His most noteworthy dissensions with conservatives include immigration, global warming legislation, and aspects of foreign policy.”

Yet, his non-endorsement contained the following language: 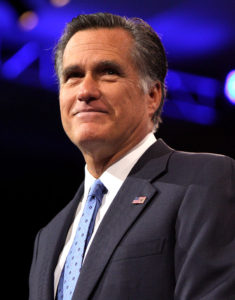 Williard Mitt Romney served as Governor in Massachusetts in 2003-2007 and was Republican Party’s nominee for president in 2012 elections. (Courtesy: Wikipedia)

Mitt Romney might have actually been a good President, save for the fact that he made himself unelectable. The difference between Mitt and Trump is that Mitt is rich and seems to think that being rich is his God-given entitlement while Trump is rich and points out that he worked real hard to get there, anybody can, and that a fair amount of luck helped get him there.

Frankly, if Donald Trump had to pick two so-called Republicans to campaign against him, he could do a lot worse than Lindsey Graham and Mitt Romney.

That said, I also have a fair amount of disdain for rest of the so-called “conservative establishment” which doesn’t think that Donald Trump should know their secret handshake because he doesn’t meet their secret litmus test.

Yes, Paul Ryan, I’m talking about you. Your “agenda” really doesn’t matter as much as Trump’s because the voters just said so.

You may be Speaker of the House, but you also cave to the Obama administration enough to be called GOP’s spelunker in chief.

You, at least, seem willing to talk, but, you and your predecessor have given most Republican voters reason to intensely distrust your motives.

Essentially, in words we can all understand, Donald Trump just led a successful proxy fight of Republican voters in a hostile takeover of the Republican Party.

And what’s wrong with that?

Think of the GOP as a widely-held public company (it, in effect, is).  Each voter holds one share.

The current management has a vested interest in not changing anything. It controls both houses of Congress and would, in a perfect world, like to control the Presidency.

But to the management — with their cushy, well-paid jobs — it really doesn’t matter that much.  They make just as much money and have just as many perks with or without the White House.

So, to them, a Presidential campaign with one of their buddies — even if it ultimately loses — is an excuse to spend a billion dollars of someone else’s money with virtually no risk.

So along comes an investor who rounds up enough proxies (votes) to toss them all out on their big, fat butts.

There’s a lot of bluster, but it’s pretty hard to argue with the majority of the shareholders.

What you are hearing is the howls of people who have to find new jobs and new ways to appear influential.

The “establishment” just had Donald Trump point to them and say, in his immortal words, “You’re fired”.

The media is treating it as if this is a bad thing for Trump.

But if it’s so bad, how is it that he won so convincingly?

I, for one, don’t take the Trump-Hillary polls that show him losing badly seriously.  It’s not that they’re crooked.  It’s just that they’re poorly sampled and do not reflect the reality of Trump’s actual results since last June when he announced.

There is only one poll which actually counts and that is a poll taken on November 8. Its sample is every registered voter who votes and its margin of error is plus or minus 0.

My educated guess is that if Hillary hasn’t been indicted by then she’ll be conceding that night. When it’s over, prepare for the next round of moaning and pissing.  It’ll come from career bureaucrats just like Lois Lerner, late of the IRS.