You Just Can’t Make This Stuff Up!

You Just Can’t Make This Stuff Up!
Penny Press 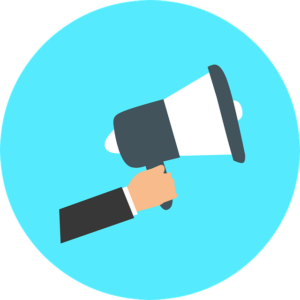 (Catherine Mortensen)The ad and PR agency hired by the Biden administration to promote its agenda is known in the advertising world for its 2019 “smash-hit campaign” to promote Tenga ­–the Japanese maker of “Cup,” “Egg,” and “Flip” male sex toys.

In addition, Observer noted BCW had recently hired Sam Myers, a veteran of both Obama and Clinton campaigns.

Americans for Limited Government President Rick Manning, a former George W. Bush political appointee, is not surprised by BCW’s seedy work and partisan leanings. He said typically it takes months for federal agencies to contract with outside firms because of the lengthy “request for proposal” (RFP) process.

“For Biden to have an outside firm in place less than a month after the inauguration, it appears the usual bidding process was circumvented,” Manning explained. “The fact that the Biden White House hired this firm, indicates they either didn’t know BCW was known for its work promoting the sex industry or doesn’t care. Either way, it looks bad.”

Earlier this month, BCW issued a press release announcing it had a launched a public sector unit, “As the new administration ramps up, many agencies will need to develop and launch compelling strategic communications campaigns to disseminate President Biden’s priorities, policies and objectives to the American public. BCW is already under contract with a handful of federal agencies including the VA, Commerce Department, Pentagon and Health and Human Services.”

Taxpayer money will be going to a Madison Avenue multinational in order to tell taxpayers how great everything is, or will be, under Joe Biden. Our tax dollars already pay for the White House Press Office as well as The Office Of Public Engagement, whose goal is to get his policies and objectives to the public.

Furthermore, BCW’s website describes the head of BCW’s public sector unit as being “head of its crisis practice.” This is a specialty sector of the company, one developed to help with entities facing a severe public perception crisis.

Sounds like he has the perfect credentials to help Joe Biden push his unpopular “America last” agenda on an unwilling American public.

Catherine Mortensen is Vice President of Communications at Americans for Limited Government.