10 Things to Never Forget about “Gang of Eight” Amnesty Bill 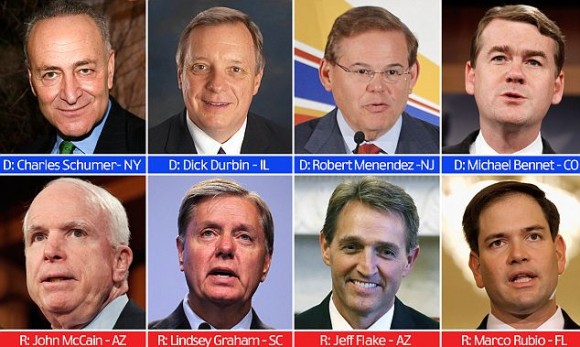 Sen. Jeff Sessions and Rep. Dave Brat recently wrote an oped published by Roll Call in Washington, DC titled “Memo to GOP: Curb Immigration or Quit.”  In it they wrote…

“America is about to break every known immigration record. And yet you are unlikely to hear a word about it.

“The Census Bureau projects that the foreign-born share of the U.S. population will soon eclipse the highest levels ever documented, and will continue surging to new record highs each year to come.

Yet activists and politicians who support unprecedented levels of immigration are never asked to explain how they believe such a policy will affect social stability, community cohesion or political assimilation.

Sessions’ Communications Director, Stephen Miller, followed up the column with a reminder of just what the “Gang of Eight” version of immigration reform meant…