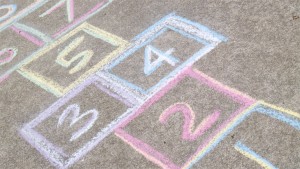 (Chuck Muth) – The divide in the Republican Assembly Caucus – exacerbated last December when Assemblyman John Hambrick sold out his conservative colleagues for 2015 session’s speakership, a handful of magic beans and 30 pieces of silver – has only gotten worse since the end of the session.

The feud between the more outspoken and principled conservative members and their go-along-to-get-along, to-heck-with-principles brethren flared up again last week when Assembly Majority Leader Paul Anderson drafted and published a letter supporting Gov. Brian Sandoval on the Syrian refugee resettlement issue – but refused to invite a half-dozen conservative caucus members to sign it.

Here’s a recap of the dust-up from Sandra Chereb, published in today’s Las Vegas Review-Journal…

“A statement from the Nevada Assembly GOP caucus supporting other Republican leaders for demanding a review of federal safeguards before accepting more Syrian refugees was less than unanimous.

“That’s because some members weren’t invited to add their signatures, another sign of the deep divide between moderates and conservatives within the party.

“Sixteen Republican Assembly members signed the statement praising Gov. Brian Sandoval, U.S. Sen. Dean Heller and Reps. Joe Heck and Cresent Hardy for ‘demanding a review of the processes that all departments of the federal government have in place in regards to resettlement programs.’

“Assemblyman John Moore, R-Las Vegas, was one of several GOP caucus members whose names were missing. Moore on Monday wrote the governor urging him to reject Syrian refugees because of terrorism concerns.

“’Why should I sign on since I was the first to make the call?’ Moore tweeted Wednesday in response to a question about why his name was not on the GOP caucus statement.  ‘They are just following my leadership at this point, as usual,’ he said.

“Nine Republican caucus Assembly members were not on the list. That’s because they either weren’t invited to sign it or declined, a caucus spokesman said.

“Some conservative members of the GOP are targeting more moderate members who supported Sandoval’s $1.4 billion tax package approved by lawmakers this year to help fund the governor’s budget and education agenda.

How childish for Anderson & Company to play silly little political schoolyard games over something as serious as national security.