7 Ways for Nevada Republicans to Get Their MoJo Back 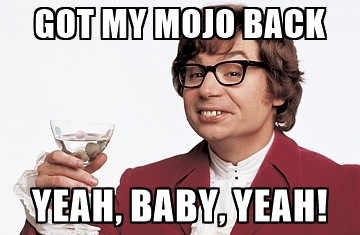 (Chuck Muth) – When I founded the Nevada News Bureau back in 2009 I had only one standing editorial order: We do not quote “political science professors” unless they had actual field experience as a candidate or campaign manager.  Otherwise they’re just pontificating on theories they’ve read somewhere.

It’s like quoting a priest on marriage or a draft dodger on military strategy.

Yet media outlet after media outlet continues to quote poli-sci gurus on what Republicans in Nevada need to do to make a comeback in 2020 after the drubbing they suffered this election cycle.

Or, just as bad, quoting high-priced political consultants who were responsible for steering the S.S. GOP right into the blue wave iceberg in 2018.  Consultants like Mike Slanker – who successfully torpedoed Sen. Dean Heller’s re-election effort and taking just about every other Republican candidate down the tubes with him.

So, if Republicans in Nevada really want to get their mojo back and snatch some victories from the jaws of defeat in 2020 the first thing they should do is ask, “What would Mike Slanker do?”  And then do the exact opposite.  That alone will dramatically improve the GOP’s chances!

“Register more Republicans” is the solution proffered by “experts” who don’t know squat.  But that’s NOT the problem.  And here, I’ll prove it…

Going into the 2014 general election, Democrats outnumbered Republicans statewide by 62,036 voters.  And Republicans won every statewide office, majorities in both the State Senate and Assembly, plus three out of four congressional races.

Going into the 2018 general election, Democrats outnumbered Republicans by 74,923 voters – a statistically insignificant advantage when you consider there were over 1.5 MILLION voters, including 342,055 registered “non-partisan” voters.

Yet Republicans lost the U.S. Senate race, lost all but one statewide office, lost seats in the State Senate, managed to end up in a “super-minority” in the Assembly, and lost three out of four congressional races.

So the problem wasn’t that there weren’t enough GOP voters registered.

The problem was that not enough Republican “base” voters turned out – thanks to uninspiring candidates such as Heller and lieutenant governor candidate “Tax Hike Mike” Roberson – and not enough “swing” voters voting Republican.

Those are problems of get-out-the-vote, not registration.

Republican “experts” who continue to obsess over “voter registration” are doomed to repeat this year’s electoral disaster two years from now.  It’s like focusing on the air pressure in a car’s tires when you have a blown engine.

One of the dumbest sayings in politics by amateur know-nothings is: “You walk, you win; you don’t you won’t.”

Walking door-to-door is the default strategy of consultants who don’t know any better and candidates who refuse to accept the reality of the necessity to raise money for their campaigns.

What the “experts” won’t tell you and refuse to acknowledge is that far more candidates who focus almost exclusively on walking door-to-door LOSE than win.

And that bloc of voters tends to not make up their minds about who they’re going to vote for until the last two weeks before the election.  Which makes it is near-impossible to physically hit the doors of all of those undecided voters at the time they’re actually making up their minds.

Which is why PAID media is absolutely critical.  It’s the only way to reach large numbers of undecided voters in the short window of opportunity before they cast their ballots.

Sure, walking can be helpful when done strategically and correctly as a part of an overall strategy.  But it is NOT the silver bullet self-proclaimed “experts” claim it is.  Proof?

Now here’s the thing:  Because of an extremely bad and painful knee, he never walked a single door!

If you run into a candidate who tells you their path to victory isn’t to raise money but just to walk door-to-door, look for a better candidate. Sure, some of them are going to win…but it will be by accident, not design.

The Center SquareMay 5, 2022
Read More
Scroll for more
Tap
How Big Pharma is Ripping You Off…Even If You Don’t Pay for Your Own Prescription Drugs
Air Force Amy: Virgin Galactic Should Add a “50-Mile High Club” to Rocket Ship Flights