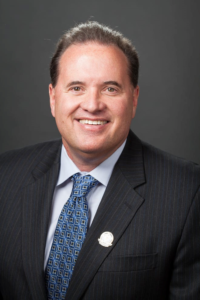 The fact that one candidate made a highly inappropriate and offensive remark is not a justification to deprive the Nevada citizens of a debate between two individuals running for such an important constitutional office. Since the beginning of our nation, public debates have been a critical component of the election process — and those who refuse to take part are, in the view of many, proving themselves unqualified to hold an important office.

Rather than refusing to debate, if Ford believes Chattah’s comments to be racist — as he has publicly alleged — he absolutely should debate her openly and expose her as such. It is even more important that he do so, given the serious nature of his accusation and the importance of the position for which both are running.

Furthermore, the mere fact that Chattah made an offensive remark does not excuse Ford from a civil debate that would help all voters to better evaluate his performance as attorney general.

For example, there have been highly publicized media reports about an out-of-state COVID testing company, paid tens of millions in tax dollars, whose tests reportedly were found by Nevada state scientists to be so inaccurate and unreliable as to be considered “catastrophic.” The reports, based upon an investigation by the nonprofit journalist group ProPublica, concluded that the company “used political connections, including contracting with the sons of a close friend to the governor, to fast-track its state laboratory license application and secure testing agreements …” and obtain lucrative contracts for vital COVID testing from Nevada government officials.

As the top law enforcement officer in the state, Ford should be called upon in a debate to publicly explain what, if anything, his office has done to investigate this extremely disturbing report.

Attorney General Ford’s actions during the controversial statewide COVID lockdown imposed by Gov. Sisolak also should be an important topic for a debate before the election. Of most importance is the federal Ninth Circuit Court of Appeals unanimous ruling in December 2020 that Gov. Sisolak’s emergency actions imposed on houses of worship across Nevada were in clear violation of the First Amendment of the United States Constitution.

Violating the sacred First Amendment religious rights of their own state’s citizens is a serious offense for any elected official. Given that Ford’s office supported and advocated in favor of Gov. Sisolak’s unconstitutional conduct in this instance, Ford should be confronted in a public debate to explain his actions and positions in that case.

Many are rightly concerned with what positions Ford might take in the future with regard to the constitutional rights of Nevada citizens and what he will do to protect those rights.

Voters of every party affiliation, and specifically members of the Nevada press, should publicly call upon Ford to fulfill his obligation to the voters of this state by debating his opponent prior to the upcoming general election.

Brett Sutton is an attorney and mediator whose practice is focused on labor and employment law. He is a Nevada Leadership Council member of the National Federation of Independent Business (NFIB) and has held leadership positions in various industry organizations. This column was originally published by the Reno Gazette-Journal on August 24, 2022.

N&V StaffOctober 4, 2022
Read More
Scroll for more
Tap
Mark Amodei Reacts to Biden’s Student Loan Action
We Don’t Care How You Did It in California: “Dracarys!”