And the Winner of the 2017 Political Chutzpah Award Is… 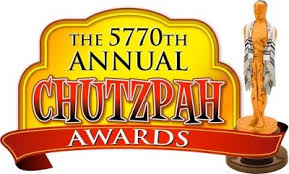 OK, OK.  I kid.  But the point is Schwartz – who has no base of support in the state and is helping Democrats win the Governor’s Mansion next year by “softening up” Laxalt in the primary – has as much chance of beating Laxalt next June as Harvey Weinstein has at being hired to run a rape crisis center.

But that didn’t stop him from going on The Dan Mason Show in Reno recently and demand that Laxalt withdraw from the race.

Which is kinda like Gen. Custer commanding his troops to “Take no prisoners!” at Little Big Horn or the Wicked Witch hopping on her broom and sky-writing “Surrender Dorothy” shortly before the girl from Kansas liquidated her with a bucket of water.

Andy Matthews, Laxalt’s campaign spokesman, responded by calling Schwartz’s demand a “laughable political stunt from someone who has been unable to gain traction after campaigning for months.”  Which makes Matthews the front-runner for 2017’s “Understatement of the Year” award.

Nevertheless, as I teach candidates in my campaign training seminars, “fights make news.”  As such, a number of news outlets picked up on Schwartz’ silly call for Laxalt’s withdrawal and reported on it.  So what’s the brouhaha all about?

Apparently Laxalt was on an airplane and someone secretly recorded him using his government-issued cell phone to call the attorney general’s office and instruct his staff to refer any and all media inquiries about his campaign to his campaign office.

“All the tape proves is that Laxalt has established clear separation between his official office and political team,” explained columnist Victor Joecks in response to the over-hyped to-do.  “Which is exactly what the law requires elected officials to do.”

But according to Schwartz, keeping his official duties separate from his campaign as required by law somehow supposedly demonstrates a lack of “integrity” on Laxalt’s part.  Which is laughable.  Especially coming from Schwartz.  Here, hop in the Wayback Machine with me…

Before being elected State Treasurer, Schwartz served as the Nevada Republican Party’s finance chairman.  That’s the party’s top major donor fundraising position – a position he only got because of his supposed ties to a former executive of the Las Vegas Sands Corporation.

But for whatever reason the Sands reportedly cut Schwartz off a couple years ago.  Which would explain why Schwartz now so bitterly whines like a spurned lover about the Sands contributing to his opponent’s campaign.

Can’t blame McDonald for taking the job.  As the saying goes, great work if you can get it.  But what in the wide, wide world of sports was Schwartz thinking?

Columnist John L. Smith characterized the hire as “an example of political patronage coming at taxpayer expense,” while the Las Vegas Review-Journal opined that it was “reasonable for taxpayers to suspect that they’ll be paying McDonald for party work on public time.”