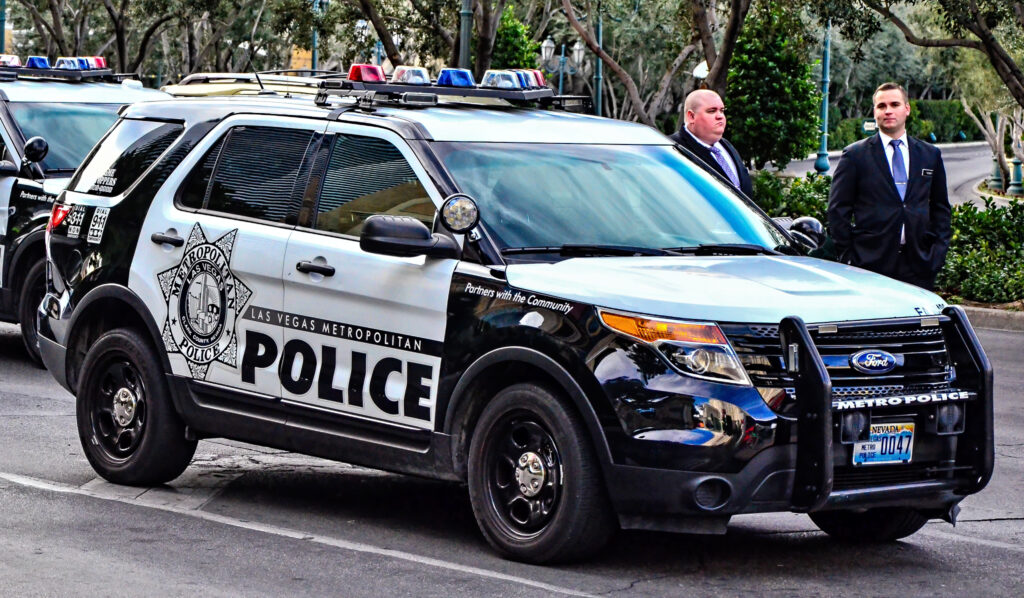 The briefs were filed in response to a request for summary judgement by the PPA against DePierro, who first sued the union and department in August 2020.

“DePierro has not been reimbursed for the amount of money equal to the unlawfully withheld union dues collected subsequent to her revocation demand,” the response reads. “As such, this is a live controversy enabling her to challenge the constitutionality of the restrictive revocation policy imposed on her, as well as to ask the Court to determine the rights and duties of the parties under the collective bargaining agreement.”

Under Janus, the U.S. Supreme Court ruled that requiring public sector employees to subsidize a union through dues violates the First Amendment. The court also ruled that union dues may only be deducted from an employee’s paycheck with their expressed consent.

According to the original complaint, DePierro voluntarily joined the local police union when she became an LVMPD officer in 2006. At the time, the contract allowed dues-paying members to terminate the agreement “at will.”

In January 2020, DePierro decided to exercise her right to abstain, but was rebuffed by union agents the following month. Union agents said DePierro was making the request outside their “escape period,” a clause in the union collective bargaining agreement that only allows for a limited window to opt out of paying union dues.

LVMPD and the PPA argued in the request for summary judgment that DePierro had consented to the 20-day period after the agreement had been updated to include the provision. DePierro testified that she had no knowledge of the revisions.

The two agencies also argued that DePierro’s claims are moot because the union no longer deducts dues from her paycheck. The foundation’s attorneys also rejected this argument.

“With their motion for summary judgment, PPA union bosses are doubling down on their rank violations of DePierro’s First Amendment right to abstain from union membership and monetary support,” Mark Mix, the foundation’s president, said in a statement. “PPA officials’ seizures of DePierro’s money with no consent from her whatsoever is a textbook violation of the Supreme Court’s standard in Janus, and the District Court must ensure that she receives justice.”