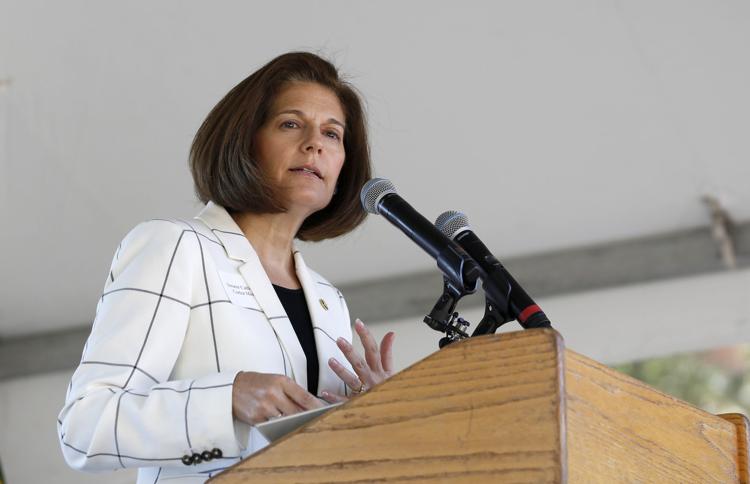 The refuge is the largest in the lower 48 states, featuring a diverse ecosystem with more than 500 plant species and 320 bird species.

“The Desert National Wildlife Refuge has preserved iconic flora and fauna for nearly a century, and we must protect this critical habitat for future generations to enjoy and explore,” U.S. Rep. Dina Titus said in a statement on the same day Masto filed federal legislation.

The Air Force has been using the western half of the refuge since 1940 for training purposes, which caused conflicts in the past with environmental organizations.

“Much of the tribal and wildlife-management access and authority already exists on paper, but the military hasn’t respected this up until now, by bombing sacred sites and depriving wildlife and tribal authorities the access they’re due,” the Sierra Club, a grassroots environmental organization with 3.8 million members, said in response to the bill on its website.

The proposed bill is co-sponsored by the entire Nevada delegation.

Under S.B. 3145 – known as the Desert National Wildlife Refuge and Nevada Test and Training Range Withdrawal and Management Act – the Air Force’s jurisdiction of the refuge would increase from 800,000 acres to 900,000 acres while also protecting the wildlife habitats and outdoor recreational spaces.

“This bill proposes to transfer another 100,000 acres of YOUR public lands to the military, which has not provided sufficient justification as to why they need it,” the Sierra Club said on its website.

Matso said the country’s safety is a simple justification.

“Our legislation addresses the concerns of our community while also ensuring the Air Force has the resources and support it needs to keep our country safe,” Matso said in a statement. “Our local communities needed more of a say in the process so that local economies are protected, religious and cultural sites of importance to our Native communities are respected and all those who frequent these beautiful natural spaces can enjoy them.”

The Pew Charitable Trust recently said on its website it encourages Congress to pass this bill and it’s working with “local tribes, conservationists, businesses, and sportsmen to protect the refuge.”

The bill would benefit local tribes because it would create an intergovernmental executive committee to ensure Native Americans are represented and have access to lands with cultural and religious purposes.

State legislatures are doing their best to pass the legislation before the end of the session.