The Further Mis-Adventures of Lyin’ Lynam

The Nevada real estate industry got screwed, blued and tattooed in the 2019 legislative session.

So badly that the Nevada Association of Realtors, as Riley Snider reported in January, “contributed an unprecedented $2 million to political action committees designed to recruit real estate agents and back supportive candidates in state legislative races” for 2020.

And who was in charge of the realtor’s association last year during the legislative debacle?  A political hack named Keith Lynam. 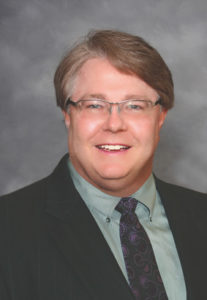 “Lyin’ Lynam” – as I affectionately nicknamed him some two decades ago thanks to his penchant for fibbing – was a high-priced “gopher” (as in “Go for coffee, Keith”) on Kenny Guinn’s gubernatorial campaign in 1998.  He was well-known as a butt-kissing establishment RINO (Republican in Name Only).

Well, after the election Lynam decided to try to take over the local county party organization…and got his clock cleaned, as I noted in a September 2013 Muth’s Truth…

“Republican Kenny Guinn was elected governor in 1998.  At the time, his chief-of-staff was Pete Ernaut, who is now chief-of-anointments at advertising powerhouse R&R Partners and Gov. Brian Sandoval’s brain.  It was Ernaut’s belief back then that the governor should be the party’s titular head and should handpick the GOP’s chairman.

“As such, Ernaut put forward political consultant Keith Lynam to run for the Clark County GOP chairmanship in the spring of 1999 against former Lt. Gov. Lonnie Hammargren – who was never a darling of the Republican Party’s establishment.  And in that race, Guinn put the full support and prestige of the governor’s office behind Lynam…

“Who was crushed by ‘The Hammar’ on election day.”

But give the guy credit.  He HAS mastered the art of failing upwards.

Fortunately, Lyin’ Lynam is no longer prez of the association.  Unfortunately, the realtors are now paying the price for his incompetence last year – to the tune of $2 million!

So what’s he doing now?

Well, in his spare time on social media he appears to be kissing liberal blogger Jon Ralston’s keister on a regular basis.  Indeed, when the Little Blogger Who Couldn’t breaks wind, Lyin’ Lynam is the first to know about it!

The job stinks, but somebody’s gotta do it.

I don’t know who Dave Rubin is, but he’s right about this…

“The Dems didn’t steal this from Bernie. It’s their party and they can make whatever deals they want to preserve it. He’s a socialist, not a Democrat, and should leave the party and start his own instead of trying to infect the host from within.”

Indeed, quid pro quos are the coin of the realm of Bidenworld.

A few weeks ago I warned folks about a trio of scam artists in California who had extensive national online fundraising operations going.

The first, Deanna Lorraine, was pitching that she was going to knock off House Speaker Nancy Pelosi.

Pelosi was, indeed, an effective “Boogey Man.”  Lorraine raised almost $200,000 making people believe she actually had a shot.  But on Election Day this past Tuesday, she got all of 2.1% to Pelosi’s 72.5%.

Another was Jennifer Barbosa who was making a run at Adam Schiff.  Schiff got 57.4% of the vote; Barbosa got all of 6.1%.

Then there was Omar Navarro vs. Maxine Waters.  Mad Max chalked up 75.6% of the vote with Omar getting just 12.1%.

If you gave to these mission impossibles any money, don’t say I didn’t warn you.

Want Some Cheese with Your Whine?

In a letter-to-the-editor published last Thursday by the Las Vegas Review-Journal, Mike Young actually put down in writing what many taxpayers think about the constant “Mo’ Money” badgering by the teachers unions – but dare not utter out loud…

“With all due respect to Clark County teachers, please stop the whining and complaining. We all realize the job you do and the importance of your position in our society. However, rather than continually complain and constantly look for more money, you should focus on the career you chose and the fact that you work limited hours in a comfortable environment, have all holidays off, receive plenty of vacation time and have great insurance, union protection, job security and a good pension plan.”

“I’m pretty sure most teachers would have a difficult time surviving in the ‘real’ work world after being pampered. … Trust me: You don’t really have it that bad.”

In a fundraising email disguised as its “February 2020 Newsletter,” the Nevada Republican Assembly Caucus sent out an unsigned pitch that included this gem…

“Until we move away from a one-party control system, Nevada Democrats are going to keep pushing legislation that expands government and increases taxes and spending.  We can stop Democrats and their overreach, but it must start by electing more Assembly Republicans.”

When it came to expanding government and increasing spending, the current crop of Republicans in the Assembly are just as bad as the Democrats.  Indeed, EVERY Republican voted for the 2019 budget – which grew government and boosted spending by almost a billion dollars!

So clearly the objective for taxpayers shouldn’t be elect MORE Assembly Republicans, but BETTER ones.

“If Liz Warren is meeting with her staff to reassess her campaign’s chances, does that mean she’s having a pow-wow with them?” – My brother Greg

“I could give a s**t. I don’t give a s**t. If you don’t like me because I’m friends with this guy, that’s your problem, not mine.” – UFC chief Dana White on possibly losing fans because of his support for President Trump