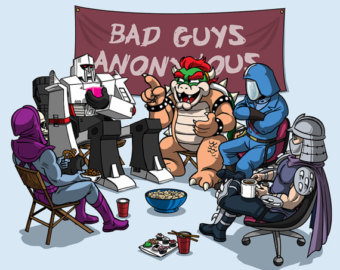 (Chuck Muth) – Those of you who have been following the ongoing controversy over the City of Las Vegas voting to give Republic Services that 14-year, $1 billion-plus NO BID contract ain’t gonna believe what’s in the “smoking gun” documents I just got my hands on.  But first…

I want to make, as Richard Nixon was wont to say, perfectly clear my position on Republic Services itself.  While I know some of the company’s competitors and some customers have a beef with the trash-hauling giant…I don’t.  Indeed, Republic Services is NOT the bad guy in this movie.

The bad guys are the 5 members of the city council who voted for this contract back on April 5 – and especially Councilman Bob Beers for continually misleading the public and his constituents by claiming the council’s hands were tied by state law; falsely saying they HAD to give Republic this contract without issuing an RFP (request for proposals).

I’ve known two of the Republic executives who were involved in this matter for a number of years – Bob Coyle and Jennifer Simich.  They are WONDERFUL people.  And I can’t tell you how much it has pained me to be on the opposite side of them on this.  But as Michael Corleone put it in The Godfather, it’s business, not personal.

Secondly, I have no beef with Republic Services service.  The guys who pick up our garbage at our home have been fantastic.  Courteous, helpful, reliable and dependable – all at a fair, reasonable price.

Thirdly, I have no problem with Coyle, Simich and Republic pulling out all the stops to stop an RFP.  Their job is to do what’s in the best interest of their company and its employees.

They made lawful donations to members of the city council, especially Councilman Beers.  Now, I believe contributions from companies with big government contracts to people who vote on their contracts should be prohibited.  But they’re not.  So it’s fair game.

As is lobbying heavily for their position and turning out company employees en masse at the council meeting to argue their position.  Indeed, there was absolutely nothing wrong with what Republic and its representatives did.

Those 5 city council members, however…

There was absolutely NO REASON not to put this contract out for competitive bidding.  And there’s no law, as Councilman Beers continues to falsely claim, prohibiting them from doing so.

And here’s the ironic thing:  Odds are – because Republic HAS been such a good service provider for so long – it would have won the bid had an RFP been issued!

Maybe, just maybe, by opening the contract to competitive bids, Las Vegas residents and businesses could have gotten some additional concessions and an even BETTER deal.  Including maybe not having their pick-up service cut from twice-a-week to once-a-week for the same monthly fee!

And even if the council was dead-set on approving this 14-year contract without competitive bids this time around, the very LEAST it should have done was change the city ordinance to REQUIRE competitive bidding the next time the contract comes up for renewal.

Why didn’t they at least do THAT?

Maybe they’ll fix it if the ordinance is successfully challenged by a voter referendum sometime after next week’s municipal election.

OK, this introduction ended up being longer than I thought when I wrote the first sentence.  So stand by for Part II with the “smoking gun” document revelation later this week – which is REALLY gonna leave those five council members with egg dripping down their faces.