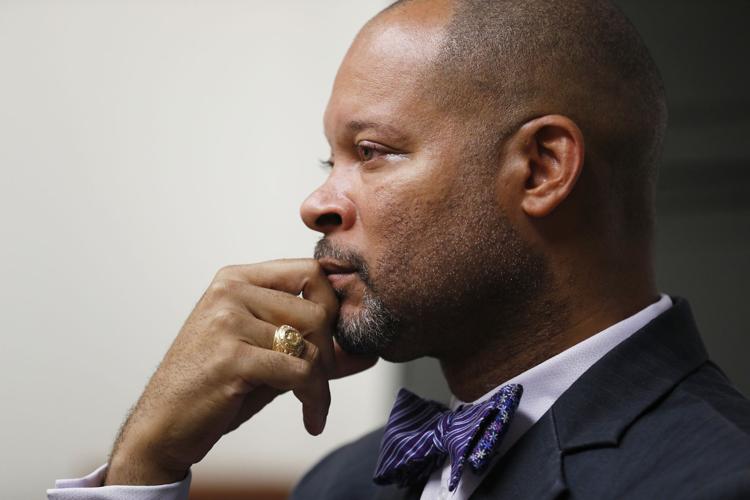 Ford’s comments followed Trump’s statements at his first presidential debate with Joe Biden in which the President implored his supporters to “watch very carefully at the polls.”

Trump “wasn’t talking about poll watching.  He was talking about voter intimidation,” Ford alleged.  Ford said Trump’s comments were threatening because Trump also declined to denounce white supremacists or commit to a peaceful transfer of power.

Ford added, “I do not appreciate, frankly, a rehashing of what we saw during the Civil Rights era where folks were intimidated from exercising their constitutional right to vote.”  Ford’s office said it hadn’t prosecuted anyone for voter intimidation since he took office in early 2019.

Trump has been encouraging his supporters in Nevada to do careful poll watching since a Sept. 12 rally in Minden where he accused Democrats of attempting to rig the election.  He has implored his supporters to “watch very carefully,”

“I hope you’re all going to be poll watchers.  […]  Because with you people watching the polls it’s going to be pretty hard to cheat,” Trump added.  Nevada law allows monitoring of polling places as long as the monitors don’t talk to or interfere with voters.

Ford’s parade of horrors is made from whole cloth, especially because Trump’s concern with possible election cheating is not at all new in Nevada.  Democrats and their labor union allies are said by Republicans and others to bring ineligible voters by the busload in Clark County.  But Clark Republicans have been completely ineffectual at proving or otherwise countering it.

When Democrats call something a “dog whistle,” it means they have absolutely no evidence because it’s not true.  That term is a classic Big Lie, or put another way: their own dog whistle.  They want their supporters and the lamestream media to adopt the conclusory allegation and not worry about evidence, which they don’t have because the claim isn’t true.  But it works.

Their claim Trump wouldn’t denounce white supremacists is also false.  Trump has denounced them numerous times in the past.  The idea that a person should have to repeat such a point on demand or be held as not having answered it is ridiculous.

The question about a peaceful transfer of power is also ridiculous, first because Trump has said and done nothing to seriously call that into question.  Democrats and their allies in the lamestream media simply made the unfounded accusation and then flogged it endlessly.  But they don’t put the same questions to Democrat candidates, or hector them the same way.

Ford did not go to the Democrats and media’s favorite club of labeling Trump a racist without any basis at all, or little evidence.  Thank goodness.

Maybe that’s because Biden has a lot of racist baggage himself.  Remember his statement about Barack Obama?  “… the first mainstream African American who is articulate and bright and clean and a nice-looking guy.”

Or: “In Delaware … you cannot go to a 7-Eleven or a Dunkin’ Donuts unless you have a slight Indian accent.”  And of course, “Well, … if you have a problem figuring out whether you’re for me or Trump, then you ain’t black.”

Democrats, progressives and other leftists have long used techniques such as the Big Lie and little lies, Guilt by Accusation, endless ad hominem attacks, identity politics, and generally all kinds of aggression and divisiveness.

Generally, Republicans and conservatives eschew such rot in favor of facts, numbers, analyses; focus on principles such as original intent of the Constitution’s founders; and what’s in the real public interest of maximizing aggregate human wellbeing and fairness to bring us all together.

For his attack on Trump, we should conclude Ford is a liar (Big and little), a hater and an abuser of his official power as he attempts to intimidate Trump poll-watchers from exercising their legal rights.  And when Democrats allege a dog whistle, that’s exactly what they’re using.

In another column, I’ll address the “racist” epithet.