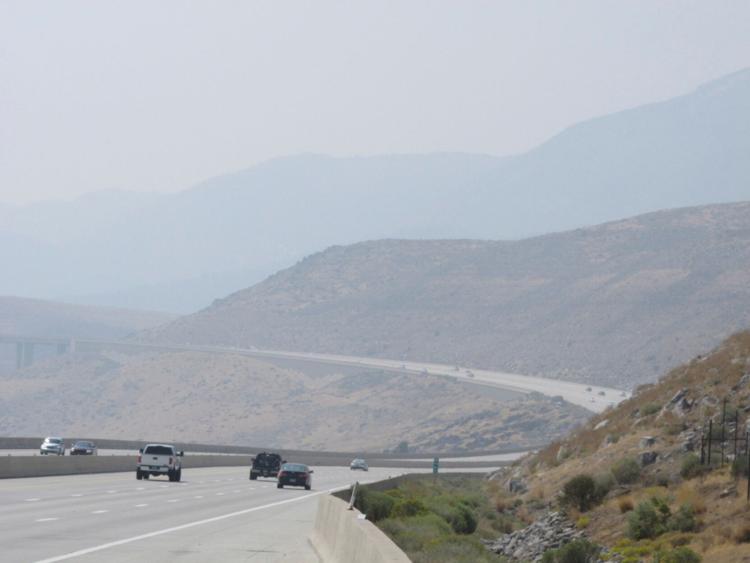 (Robert Davis) – Nevada’s air quality monitoring infrastructure is getting an upgrade as wildfire smoke is leading to poor air quality across the Western U.S.

This upgrade includes the installation of 60 smart technology air quality sensors. These sensors will monitor fine particle pollution – which is the most harmful pollutant from wildfire smoke – in rural areas and help residents better understand how wildfires can impact their health.

“The growing impacts of climate change are being felt in all corners of Nevada, with record-breaking temperatures and extreme drought fueling catastrophic wildfires across the west,” NDEP Administrator Greg Lovato said in a statement. “In recent years, smoke pollution from increasingly frequent, intense, and widespread wildfires have led to some of the worst air quality conditions in Nevada’s history, and these trends are expected to continue.”

DRI Assistant Research Professor Kristin VanderMolen said the upgrades “will enable emergency managers to make important safety decisions based on accurate, real-time, local-level air quality data, and to ensure that those communities are well informed about potential health risks and how to mitigate them.”

According to AirNow, an air quality data map from the EPA, rural Nevadans have been suffering from poor air quality since at least the beginning of July.

Soon thereafter, several wildfires broke out in northern California with the Dixie Fire being the most rapidly expanding. According to California’s state fire agency, the Dixie Fire has swallowed nearly a half-million acres and over 900 structures.

Smoke from these wildfires has impacted other Western states from Arizona to Colorado and Wyoming.

Meanwhile, the Tamarack Fire that began after a lightning strike in Alpine County, California, recently crossed state lines into southwestern Nevada. So far, the fire has covered nearly 68,000 acres, according to Nevada’s Division of Forestry.

A report by USA Today says nearly 1,200 firefighters are dedicated to fighting the blaze.

Deborah Jordan, EPA’s Acting Regional Administrator for the Pacific Southwest office, says the smoke accumulating from these fires represents “a significant threat to public health” as wildfire season ramps up.