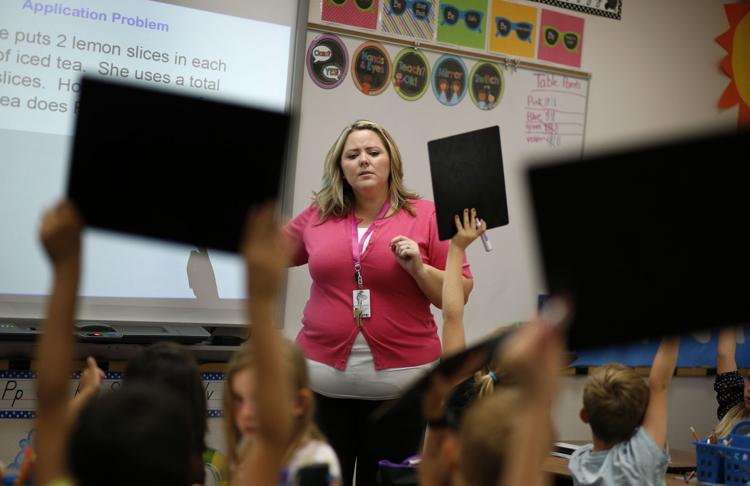 (Alan Krawitz) – A newly-released report on Nevada’s school performance shows that 184 schools in the state increased their star rating by one or more stars since last year, with 34 schools improving by two stars and three schools that jumped ahead by three stars.

Star ratings, as part of the Nevada School Performance Framework (NSPF), are earned on a scale of one to five stars, with a one-star rating indicating that a school did not meet state performance standards while a five-star school is exceeding all expectations.

Jhone Ebert, superintendent of public instruction, said in the report that this year’s star ratings show that “We are moving in the right direction.”

“Our students and educators are making positive strides and, going forward, we must maintain these gains while accelerating our progress to ensure that all students have high-quality learning opportunities,” Ebert added.

The NSPF star rating system was designed to summarize the performance of a school based on multiple indicators and measures which include balanced assessments in English Language Arts, science proficiency, absenteeism, graduation rates as well as high school readiness for 8th graders and college and career readiness for high school students, up-to-date academic learning plans for all students, and the ACT.

The report showed that all grades showed improvement in the English Language Arts as compared to last year while high school students improved by more than 5 percentage points over last year in science proficiency. Chronic absenteeism declined statewide while Nevada high schools posted their highest graduation rate ever at 83.17 percent for the Class of 2018 – an increase of 2.32 percentage points.

As for reasons behind the state schools’ improved performance, a spokesperson for the Nevada Department of Education attributes policy changes and increased funding put in place by the governor for many of the changes.

“I do believe education initiatives that were passed to address opportunity gaps, specifically funding to help students in poverty and English Learners are beginning to show results,” said Greg Bortolin, a spokesperson for the DOE.

He said that Gov. Steve Sisolak pledged to give all teachers a pay raise and honor the hard work of teachers.

“He [Sisolak] is also donating all of his salary to Title I schools to stress the importance of elevating our students’ achievement results while also supporting our teachers,” he said.

Bortolin added, “We have a teacher shortage in our state and the Governor has pledged to close that gap as well.

“I would just say that during the past four or five years, our Governors and the Legislature have worked to improve funding for education and we are beginning to see the results of that support,” Bortolin said.