Republic Services Can and Does Compete…Everywhere But Southern Nevada 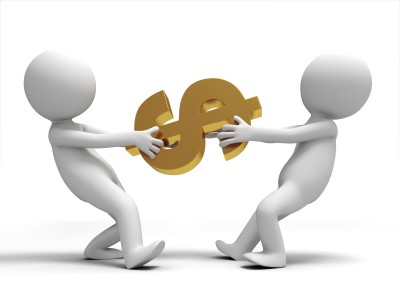 (Chuck Muth) – For some reason some people seem to think it would be “rude” to ask Republic Services to actually compete for the 12-to-15-year, $1 billion-plus monopoly franchise contract to pick up residential and commercial trash in Las Vegas.

But the reality is, Republic is not only quite accustomed to competing for business outside of southern Nevada – including taking business away from existing providers – but is pretty darned good at it, too.

The Mercury News reported on March 10 that “Republic Services of Santa Clara County (CA) spared no expense in trying to sway Milpitas voters to reject Measure L on the Nov. 8 ballot, spending $200,024 on a thwarted effort to defeat the controversial initiative.”

The Morning Journal reports that on March 13 Republic won a contract extension in Sheffield Village, Ohio “for trash and recycling collection services.”

What’s interesting here, though, is that the contract length is three years – as opposed to the excessively long 12-15 year extension Republic is seeking in Las Vegas.

In addition, the contract is not exclusive.  However, “the ordinance provides that if another trash collection company comes into Sheffield Village, it must provide the same services at a cost no greater than Republic Services.”

What’s wrong with a similar provision for Las Vegas?

On March 14 New Castle News reported that the “Bessemer Borough Council plans to award a contract for local trash pick-up when it meets next month.”

Republic was one of three companies that submitted bids.  Waste Management – the current service provider and largest trash hauler in the nation, which has said it would be interested in bidding for the Las Vegas contract if opened – also bid.

On March 15 the SnoHo Tribune reported that the Snohomish (WA) city council “approved having Snohomish sign a new contract with Republic Services of Lynnwood for solid waste or garbage collection despite criticisms from the public concerning the city not putting out a request for bids from other companies.”

But here’s the kicker: “The new seven-year contract will go into effect April 1.”  Seven years.  Not 12.  Not 15.  In addition, Councilman Jason Sanders said “he would like to see requests for bids in the future.”

For Las Vegas, the “future” could be NOW.

On March 16 The Daily News reported that Republic competed with two other companies for the trash hauling contract for the town of Sheridan, Michigan.  Contract length?  Three years.  Not 12.  Not 15.  Three.

On March 16 the Sandusky Register reported that in Sandusky, Ohio, Republic was the only company to bid in an open bidding process for the town’s exclusive franchise contract.

The important point isn’t that no other companies bid, but that competitive bids were even allowed.

Make no mistake; Republic is good at what they do.

But maybe, just maybe, somebody can do it better.  Or, at the very least, being asked to compete for the contract could make Republic and the deal for Las Vegas residents even better.