Schwartz vs. Laxalt: Some Republicans are More Equal than Others

Schwartz vs. Laxalt: Some Republicans are More Equal than Others
N&V Staff 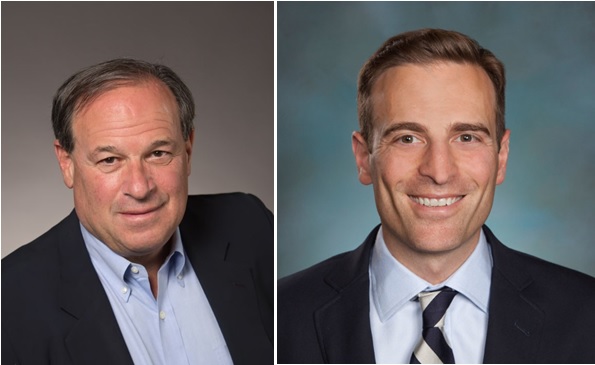 (Chuck Muth) – When a conservative Republican criticizes a moderate establishment Republican, the blowback is fierce and fast.

I hear it all the time.  Of course, I’m immune to it.  Unapologetically, I’m a conservative first and a Republican second.  And as history with RINOs (Republicans in Name Only) clearly demonstrates, it’s not enough to simply elect more Republicans.  To truly advance the limited government agenda, you need to elect BETTER ones, as well.

All that said, what strikes me as supremely hypocritical is the lack of reproach when the shoe is on the other foot; when an establishment moderate attacks a conservative.  Case in point…

Nevada Republican State Treasurer Dan Schwartz has been sniping at conservative Nevada State Attorney General Adam Laxalt for months now – including siding with Democrats in that legislative witch hunt last month over a gaming official secretly recording a conversation with Laxalt over a year ago.

The motivation, of course, is that Schwartz wants to be governor – and Laxalt’s expected candidacy for the same job certainly stands in the way of his ambition.  And rather than build himself up, he’s constantly trying to tear Laxalt down.  Including these attacks in an interview published earlier this week…

“He’s (Laxalt’s) a good guy but I have some issues with his philosophy. He’s young. He doesn’t have any economic or financial experience, and I think that’s what the state needs.  He wants to be alt right. He’s sort of throwing red meat to that wing of the party.”

Laxalt’s a solid limited government, low tax, state’s rights, individual liberty conservative.  What part of that philosophy do you have “some issues” with?  And if you have issues with that philosophy, that makes you a “moderate,” right?

He doesn’t have any economic or financial experience?

First, the governor enjoys the benefit of an army of economists and financial experts under his control.  Secondly, it doesn’t take an economic or financial expert to know that high taxes and anti-business regulations hurt the economy.  Laxalt would clearly fight against both.

He wants to be alt right?

For the uninitiated, by calling Laxalt “alt right” Schwartz is calling him a racist white supremacist bordering on neo-Nazism.

That’s an outrageous slur backed up by absolutely nothing.  Absolutely shameful.

Where are all the GOP party pooh-bahs coming out of the word work condemning Schwartz’s slander?  Where are the establishment Republican demands for an apology?  Where are the calls for Schwartz to abide by the 11th Commandment?

All I hear are crickets.  It’s hypocrisy thick enough to cut with a buzz saw.  Schwartz shouldn’t get a pass on this, but he is.  Apparently all Republicans are created equal, but some are more equal than others.  Sad.