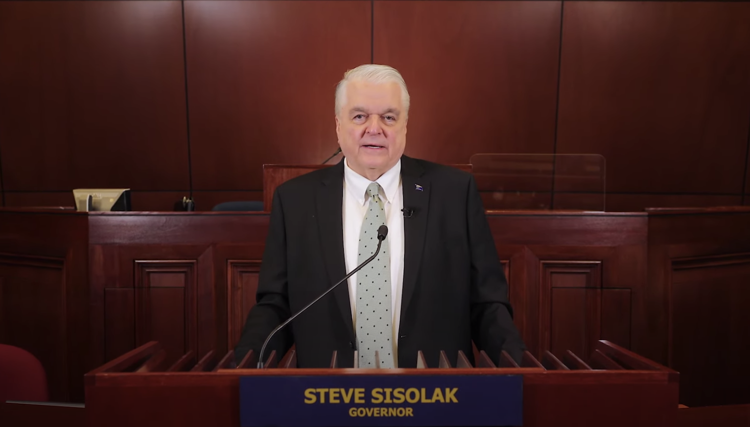 Nevada Gov. Steve Sisolak first introduced the innovation zone concept during his State of the State address, in which he outlined his goals to make the state a leader in innovative technologies and economic diversity.

Sisolak introduced legislation to create innovation zones in March. The proposal, back by cryptocurrency firm Blockchains, LLC, would allow tech companies that promise to invest $1 billion over a decade to effectively form their own local governments in authorized areas.

However, the governor acknowledged Monday that there’s not enough time in the legislative session to pass such an ambitious plan. Instead, Sisolak has proposed that the Nevada Legislature pass a joint resolution establishing a special joint committee on innovation zones to study the concept that’s made up of members appointed by the legislature’s leadership.

“I recognize there are limitations that come with a biennial 120-day session – never mind one taking place in the midst of a historic pandemic that requires state officials and legislators to direct their energies to the impact of COVID and the critical response needed,” Sisolak said in a statement.

Sisolak said that the proposal “deserves additional attention and discussion – and not under the pressure of less than 40 remaining days in the current legislative session.”

“I know that legislators, stakeholders and Nevadans still have questions, and I want those questions to be discussed and answered. I want people to be enthusiastic about this opportunity, not skeptical about a fast-tracked bill. Nevadans deserve that, and I believe this Special Joint Committee is a perfect solution to explore this economic opportunity,” he continued.

Under the innovation zone proposal, companies that are eligible to create innovation zones must own more than 50,000 acres of land in the state and make an immediate investment of $250 million to create their own school districts or other municipal services.

“This alternative proposal allows legislators and Nevadans the ability to fully vet and remain open to economic opportunities that can create high-skilled, high-paying jobs for Nevadans,” she added.