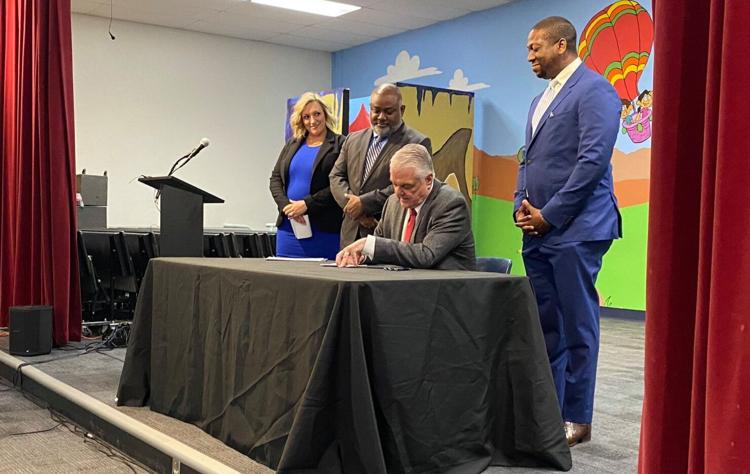 Assembly Bill 495 expands the state’s commerce tax on natural resource businesses that extract either gold or silver and bring in more than $20 million annually. The Department of Taxation is responsible for ensuring compliance. The bill is estimated to bring in over $200 million for the state’s schools.

Senate Bill 450 allows the board of trustees for a local school to issue general obligation bonds without additional approval. These bonds are often used for “Pay As you Go” capital improvement projects and school renovations.

The two remaining bills were sponsored by Sen. Dondero Loop.

Senate Bill 173—also known as the “Back on Track Act”—aims to help schools address learning loss created by the pandemic. Some options include providing additional resources for expanded summer school and remote learning programs.

According to the bill’s text, the board of trustees of a school district and the State Public Charter School Authority are required to submit to submit their specific plans to address learning loss to the Superintendent of Public Instruction by November 30.

Senate Bill 249 would also allow students to withdraw from instruction with the certification of a mental or behavioral health professional. The bill does not allow the excused absences to negatively reflect on a school’s performance under state metrics.

“Education remains a top priority for me, and I am glad that in my first two legislative sessions as Governor, we have been able to work together to make historic investments in our K-12 education system for our students,” Sisolak said in a statement. “I’m so proud of the meaningful steps we’ve taken, and I look forward to working with our educators and stakeholders to continue doing all we can to provide the best educational opportunities for our kids as possible.”