The Dark Side Of The Sun: Nevada Gives In to Solar Bullies

The Dark Side Of The Sun: Nevada Gives In to Solar Bullies
N&V Staff 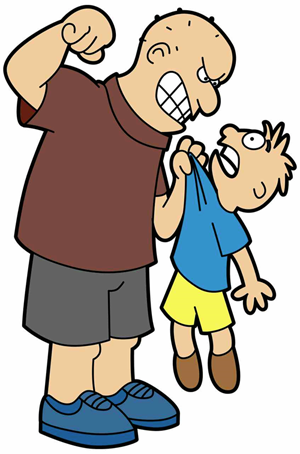 (Bob Stump) – Nevada Governor Brian Sandoval is a man whose instinct for political self-preservation exceeds his intestinal fortitude in the face of bullies.

Having endured years of body blows inflicted by an army of lobbyists dispatched by California-based billionaires, the governor signed legislation, on June 15, re-instating an antiquated relic which serves as a crutch to the ailing solar rooftop leasing industry: retail-rate net metering. Appropriately enough, he did so at a private warehouse owned by Tesla, a company upon which Nevadans have bestowed $1.3 billion in tax breaks.

Though the industry congratulates itself on its forward-looking vision, it is wholly reliant on ratemaking tools of twentieth-century vintage. By enshrining one such antique into law, Sandoval is squelching solar innovation and unjustly forcing a majority of Nevadans to pay costs imposed by their neighbors’ rooftop systems.

Sandoval’s signature highlights all that is untenable about rooftop solar leasing, in which customers sign long-term contracts to lease rooftop solar systems with little or no upfront costs. And it brings into clear relief the bare-knuckle tactics of the industry, rocked recently by a spate of bankruptcies, which maligns, sues and harasses anyone it deems a threat to its taxpayer-subsidized business models. Its conduct represents the dark side of the sun in the Sagebrush State.

Rooftop solar ranks among the least cost-effective forms of renewable energy. Yet its lobby holds powerful sway among the political class: Without a smorgasbord of generous tax credits, subsidies and local incentives granted by politicians and regulators, leased rooftop solar would make zero financial sense for consumers.

The systems are hyped by legions of salesmen promising a solar hedge against the rising costs of utility-supplied electricity. Yet too often, their sales pitches overstate expected savings with exaggerated predictions of the rate of increase in electric utility bills. Solar leasing escalators — which can outpace the rate of inflation — force some leased rooftop solar customers to pay more, not less, than what they would have otherwise paid for electricity.

Indeed, according to Bloomberg Energy, the electricity rates paid by consumers bound by solar contracts increased at a rate higher than retail power supplied by utilities in more than 30 states between April 2015 and April 2016, assuming a typical escalator in a residential rooftop solar lease. Moreover, residential electricity prices fell in 29 states, increased slower than inflation in three states, and decreased nationwide by an average of 2 percent from approximately the summer of 2015 to August 2016.

The result? An untold number of solar adopters paid more for their electricity than neighbors without rooftop solar arrays. The forecasts upon which they had based their decisions to “go solar,” provided by solar salesmen, were off — way off.

Small wonder that two of the leasing model’s primary peddlers, SolarCity and Sunrun, are under federal investigation for creative bookkeeping, including allegedly inflating the value of solar panels to rake in larger government subsidies. Both face customer cancellation rates of up to 50 percent. No less a right-wing source than Public Citizen deemed solar leasing products “significant financial risks for families.” Corporations — not customers — pocket the government subsidies that make the leasing model viable, including a 30 percent federal tax credit.

The companies’ empires would collapse without net metering, in which a customer’s meter spins backwards and transmits excess energy to the utility, and which regressively shifts costs to poor and lower-income customers to the benefit of rooftop solar leasing companies. As solar penetration increases, utilities’ fixed costs are spread across fewer customers, leading to higher rates that cause particular harm to poorer and lower-middle-class consumers, who typically spend a larger share of their income on energy.

Retail-rate net metered rooftop solar adopters are paid for the excess energy produced by their panels at a rate which incorporates the enormous utility-borne costs baked into the retail price for utility-supplied energy. In other words, they are reimbursed for utility costs — such as transmission and distribution systems — they never shoulder. Net metering also enables rooftop solar users to shirk paying their share to maintain and modernize the electrical grid, which must adapt to accommodate an influx of fluctuating solar power. As a result, the grid ends up serving rooftop solar users — for all intents and purposes — as a free battery.

Moreover, though the value of energy varies widely by day and time, a net metered customer is uniformly compensated at the same high rate, which fails to reflect the hours of the day when his panels produce nothing at all. Peak times of electricity use, when prices are highest, typically trend later in the day, just as rooftop solar energy production is diminishing. Thus utilities are forced, with ratepayer dollars, to make larger investments in “ramping capacity” — usually natural gas plants — to pick up the slack to meet peak demand as solar output wanes.

As for Nevada’s new policy, it is capitulation dressed up as compromise: Net metered customers will be paid 95 percent of the retail electric rate, which will step-down to no less than 75 percent as rooftop solar penetration deepens in the state — a generous floor which will take years to reach. Rooftop solar companies will be competing against the retail rates of Nevada’s primary utility, NV Power, which boasts rates of 11.3 cents/kWh in Las Vegas and 9 cents/kWh in Reno (to take two major markets in Nevada as an example). At 95 percent of the retail rate, solar customers would be paid 10.7 cents/kWh in Vegas and 8.5 cents/kWh in Reno for their power.

As such, rooftop solar leasing companies would have to offer extraordinarily low lease pricing in Las Vegas and Reno for customers to enjoy first-year savings on their utility bills — so low that many customers will not find it worth the hassle or the risk. Also, with annual lease escalators of 2.9 percent, leasing companies such as Sunrun, SolarCity, and Vivint Solar would be putting their customers at risk of being upside down on their solar lease early in its 20-year term. Put simply, leased rooftop solar in Nevada is not likely to pencil out.

As recently as last year, none of these facts about net metering was lost on Sandoval, who noted that “traditional energy customers are subsidizing rooftop solar customers.” He asked whether “those without rooftop solar [should] pay a higher rate on their electric bill for the insertion of rooftop solar across the state.”

“It is sad that Sandoval is lying yet again to Nevadans,” said Bryan Miller, in response. Miller was then-chair of The Alliance for Solar Choice (TASC), a front group then-funded by Sunrun and SolarCity. “Let’s just be clear — the legacy of the Nevada decision is going to be the end of Brian Sandoval’s political career.”

In fact, the Nevada decision on net metering, issued in late 2015, was the beginning of the end of the career of the aptly-named Commissioner David Noble, who authored the Public Utilities Commission’s decision to ensure greater fairness for Nevada ratepayers by gradually compensating net-metered customers at a more equitable wholesale rate — a decision voided by Sandoval’s signature last week.

For his efforts, Noble suffered what he called “threats of physical harm” from rooftop solar advocates, who distributed flyers listing his home address. On February 1, 2016, three activists brandishing guns and wearing “Bring Back Solar” T-shirts were barred entry to the Commission. They told staffers they’d be back — and would be armed. Police took notice, escorting Noble’s young daughter to school and offering protection at his house.

The Commission’s General Counsel, Lina Tanner, had told The Las Vegas Review-Journal that agency employees were “frightened.” A staffer added that “there ha[d] been escalating tension and intimidation directed at agency staff over the rooftop-solar debate.” The flaunting of weapons was, according to Tanner, an “effort to threaten or exert undue influence on the commission.”

Meantime, Sunrun had joined the fray, suing to access Sandoval’s text messages “in an effort find evidence that his relationships with utility interests influenced his decisions.” Sunrun dropped its lawsuit, yet the point had been driven home: Defy us, Governor Sandoval, and we will exact a pound of political flesh.

SolarCity, for its part, had been secretly funding a group of mercenary character assassins, the Checks and Balances Project, to sue and intimidate sitting regulators nationwide in an attempt to alter regulatory outcomes in favor of SolarCity’s business model — in a word, to corrupt the process. The beleaguered Noble, already jarred by death threats, was a target of SolarCity’s secret money — as were regulators in Wisconsin, California, Maine, New Mexico, New York, and Colorado.

As was yours truly. It was payback for my efforts to reform Arizona’s solar policies as chair of Arizona’s Corporation Commission, a statewide elected body tasked with regulating most Arizona utilities. Arizona had become the first state in the Union to set an example on how best to rectify the cost-shifts imposed by rooftop solar users and ensure they pay their fair share for the electrical grid.

On national television, Rachel Maddow had derided the Commission’s innovations as a “fine for the crime of using solar.” Al Gore was unimpressed by Arizona’s efforts, and told Rolling Stone magazine so.

Spinning a number of conspiratorial yarns derived from Sunrun’s Nevada playbook, Checks and Balances’ fantasists argued that I had had “improper communications” via text message — sound familiar? — with utility representatives.

Their accusations were poppycock, and I was vindicated in the Arizona courts. Nevertheless, in an act of sheer malice, Checks and Balances published, on the Internet, my mother’s private mobile number and the numbers of my elderly aunt and close friends. Many received harassing calls. Some — particularly my single women friends, who lived alone — feared for their safety.

Yet Arizona regulators soldiered on, scrapping net metering in 2016. In the Battle Born State, however, the solar bullies prevailed, and Sandoval has been hailed as a hero by those who only recently dripped with unbridled contempt for him.

Regarding the Nevada Commission’s 2015 decision, former Solar City CEO Lyndon Rive sniffed that SolarCity’s employees “are hard-working Nevadans, and a single government action has put them out of work. This is not how government is supposed to work.”

No, it isn’t. Yet Nevada’s governor, strong-armed into submission by solar bullies, has propped up a fading business model with a “single government action.” It was made possible, as well, by Nevada state government’s servile fixation on tech “visionaries,” embodied by Nevada’s former Secretary of State, Ross Miller, who swooned, “You had me at Elon Musk.” The Sagebrush State has affirmed anew that those who live by government largesse can die by government largesse, and that when the doors of the treasury are flung open, the resurrection of a dying industry is possible.

Bob Stump (@BobStump) is a former member of the Arizona House of Representatives and the former chair of the Arizona Corporation Commission, a statewide-elected body tasked with regulating most Arizona utilities.