The Real Results of ObamaCare and Medicaid Expansion

The Real Results of ObamaCare and Medicaid Expansion
Ron Knecht

In 2013, Nevada expanded Medicaid eligibility, a move promoted by the federal Affordable Care Act (ACA or ObamaCare) to improve health care to people allegedly then under-served by our health care systems. 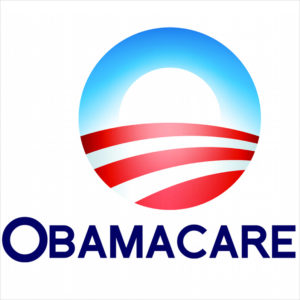 Federal government failure to continue its support could cause Nevada problems with its own budget.  However, whatever Medicaid’s cost to Nevada taxpayers, its advocates always asserted it would provide significant benefits of “access” to care that was lacking.  They didn’t even attempt to support their benefit claims – they just asserted them.

Now, research findings by scholars at Stanford and Pennsylvania’s Wharton School and elsewhere are calling into question even the alleged benefits.

He explained that some people who gained Medicaid coverage were earlier covered by other insurance and county indigent programs.  “About 40 percent of the Medicaid expansion is going towards replacing county indigent insurance,” according to Gupta.

“We tried to look at whether this has resulted in improvement in health care outcomes for patients.  In many ways, that is the bottom line we’re interested in.”  He continued, “On this front, we don’t find robust evidence of improvement in the quality of health.”

He added: “when you read the popular media, it’s almost taken as a given that expanding insurance coverage is good.”  However, “it hasn’t really shown up in the data in very carefully designed studies.  We’re not finding robust evidence in our study as well.  … This is known as crowding out of insurance coverage.”

The Stanford/Wharton study analyzed data from 2008 to 2015 gathered from hospitals and emergency rooms in California.  It focused on the behaviors of young people whose coverage provisions were increased by the Medicaid expansion.  So, it doesn’t address all experience with the expansion and it can’t yet cover long-term effects.  Nonetheless, it agrees with other carefully designed studies that the actual benefits are much less than assumed by ObamaCare and Medicaid advocates.

Gupta does sound some hopeful notes.  In particular, he says the study shows Medicaid has allowed some poor people who previously had coverage now have more choice of providers, leading them to move from public to private hospitals and better physicians.

“I think it’s reasonable to at least examine the evidence and see what kind of bang we’re getting for this buck,” he notes.

We think so, too, especially in Nevada.  As reported in our 2016 Popular Annual Financial Report, Medicaid is the largest single state expenditure at $3.2-billion, or 29 percent of total state spending.  And health and social services spending, driven mainly by Medicaid expansion, has been the fastest growing part of state spending by far, now topping $5.111-billion, or 47 percent of the total.

As we also noted, expansion of publicly funded health care has been accompanied by a decline in rates of private insurance coverage.  We also observed that expanded Medicaid coverage does not improve objective health care outcomes and only further endangers the most vulnerable populations.

ObamaCare, Medicaid expansion, single-payer systems and other progressive schemes are all driven by simplistic narratives, not tough-minded analysis of experience and costs, risks and benefits.

In this case there were two false narratives.  First, all people subsidized by ObamaCare don’t have access to care and thus suffer greatly.  Second, screwing up the whole health insurance system to provide such access will have no unanticipated negative consequences – and will likely milk the well off and prudent people to subsidize recipients of public largess, allowing progressives to take credit because they forced others to pay for it.

So, expensive progressive politics are now blowing up in taxpayers’ faces.

N&V StaffJanuary 21, 2021
Read More
Scroll for more
Tap
Steps to Receive Compensation From Western Union
We’re No. 2, or 3 – But That’s Not Good