The Trouble with Judges and Judging Them: Part I
N&V Staff 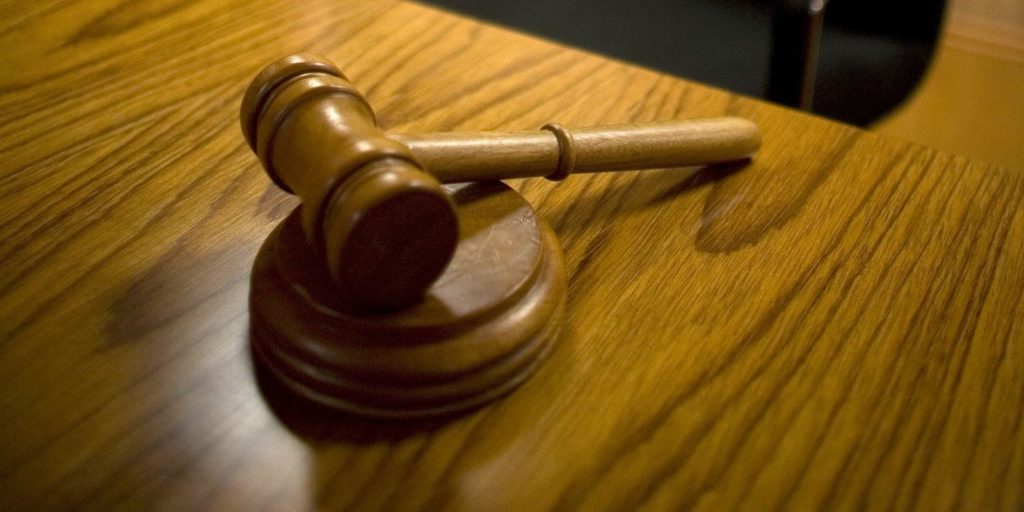 (Chuck Muth) – After the Stoneman Douglas High School shooting in Parkland, Florida – in which 14 students and three school staffers were killed – legislators passed a law which included a provision that anyone “who makes, posts, or transmits” a threat of a mass shooting “in any manner (my emphasis) that would allow another person to view the threat” has committed a crime.

Well, back in September a 15-year-old boy in Baker, Florida – a rural county at the northern end of the state – shared his six-page “School Shooting Plan” with another student.  From an Associated Press story over the weekend…

“The boy’s plan described killing teachers and fellow students in chilling detail.  To maximize the carnage, he’d deploy an arsenal of knives and guns at a high-traffic venue.”

Within minutes of the manifesto being transmitted to the other student and then coming to the attention of school officials, law enforcement officers arrested the boy.

His case was heard last month by Judge Gloria R. Walker – who proceeded to dismiss the “second-degree felony charges against the boy and released him back into the community.”

Judge Walker, unbelievably, ruled that prosecutors couldn’t prove “the threat was transmitted as described in the law.”

What part of transmitting a threat “in any manner” so confused this judge?

Now, in Nevada we have a way to deal with judges such as Judge Walker.  It’s called “elections.”  We vote for the judges who judge us.  It’s not a perfect system by any stretch.  Like they say about democracy, it’s the worst system – except for all the others.

The problem with electing judges isn’t so much that we allow voters to vote on them but that there’s so little information about judges and their judicial philosophy that voters can reliably use to make an informed decision.

They don’t run by party – an historically reliable weather vane used by voters for other elected offices – and many don’t even register to vote by party.

But make no mistake.  Different judges approach different cases based on different ideologies.  Conservatives tend to take a strict constructionist view and apply the law as written while many liberal judges tend to try to legislate from the bench.

This is why conservatives are so thrilled with all the vacancies President Trump is filling on the federal bench with conservative judges and why liberals are having cows over it.

And it’s easier and more obvious today than ever before to see how these judicial appointments affect the country differently – thanks in large part to Trump Derangement Syndrome.

Indeed, our president has made all kinds of decisions over the past three years that liberals have taken to court – such as his travel ban, rolling back regulations and efforts to secure our border.

Indeed, as Forbes magazine noted in August: “President Trump and his administration have been sued by state attorneys general more times than any president since Ronald Reagan.”

Whenever a particular judge rules against Trump, many voters have now gotten into the habit of looking up the judge on Wikipedia to see which president appointed him or her.

And lo and behold, as often as not, the judges who have ruled against Trump in many high-profile cases were appointed by either Barack Obama or Bill Clinton, the last two Democrat presidents.

It’s happened so often and so regularly over the past three years that conservatives now often short-circuit the discussion by simply referring to such judges as an “Obama judge” or a “Clinton judge.”

In fact, a year ago President Trump himself referred to U.S. District Judge Jon Tigar in San Francisco as an “Obama judge” after Tigar ruled against the administration’s efforts to restrict illegal immigrants from trying to enter the U.S. by claiming asylum.

The “Bush judge” – who, by way, was the swing vote in the highly-controversial 2012 decision upholding ObamaCare’s individual mandate – issued the following statement in response…

“We do not have Obama judges or Trump judges, Bush judges or Clinton judges.  What we have is an extraordinary group of dedicated judges doing their level best to do equal right to those appearing before them.”

To which President Trump counter-punched…

“Sorry Chief Justice John Roberts, but you do indeed have ‘Obama judges,’ and they have a much different point of view than the people who are charged with the safety of our country.”

Different judges with different judicial philosophies rule differently.  Everybody knows it.  That’s why Democrats and the Left went “scorched earth” in their efforts last year to keep Brett Kavanaugh off the Supreme Court.

For all their pretense of being unbiased and independent in their rulings, many judges are strongly influenced by their ideology.  The challenge for Nevada voters when it comes to assessing judicial candidates is to root out and uncover their judicial and philosophical beliefs.

Not a simple task.

To its credit, the Las Vegas Review-Journal has recognized this dearth of voter information on judicial candidates and is attempting to fill the void this week with a special “Judging the Judges” series taking a look at how incumbent judges are performing on the bench.

Unfortunately, the project has some very serious flaws.  Which I’ll get into in Part II. Stay tuned, Batfans.

Nevada gaming revenue down 25% for February