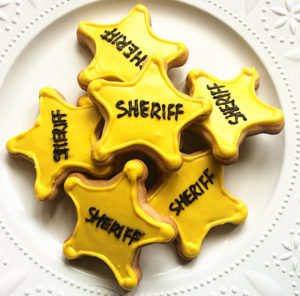 (Chuck Muth) – On the campaign trail in 2016, President Donald Trump declared that, as president, he would “direct the Secretary of Commerce to identify every violation of trade agreements a foreign country is currently using to harm our workers. I will then direct all appropriate agencies to use every tool under American and international law to end these abuses.”

First up: Mexico’s cheating on the NAFTA agreement in which it dumped artificially cheap, government subsidized sugar on the U.S. market at the expense of American workers.  In fact, the Commerce Department just last month negotiated a settlement to stop the Mexican abuse.  As Commerce Secretary Wilbur Ross explained…

“We have gotten the Mexican side to agree to nearly every request made by U.S. industry to address flaws in the current system and ensure fair treatment of American sugar growers and refiners.”

And according to a Presidential Tweet over the Independence Day weekend, Mr. Trump appears prepared to take the success of his administration’s sugar agreement and extend it beyond…

“Really great numbers on jobs & the economy! Things are starting to kick in now, and we have just begun! Don’t like steel & aluminum dumping!”

Critics of the U.S. sugar program – consisting generally of targeted, comparatively minor import quotas and tariffs on foreign governments that subsidize their own competing sugar industries – would have the public believe that anti-dumping policies are the antithesis of free trade.

But at the President has made abundantly clear, under his watch trade will not be free unless it’s also fair to the United States.  Foreign competitors simply will no longer be allowed to hit from the ladies’ tees and take two mulligans per hole.

Yet free trade purists can’t seem to come to grips with this concept.  That includes Bryan Riley of the Heritage Foundation who published a column over the holiday weekend in The Daily Signal in which he accused the United States of being the “OPEC of sugar.”

Now this is just silly, and an indication of just how thin the arguments of sugar program critics truly are.

The truth is the United States doesn’t control any vast amount of the world sugar market the way OPEC does when it comes to oil.  In fact, it’s BRAZIL – which controls over 50 percent of world’s sugar market – that is usually referred to as the “OPEC of sugar.”  And Brazil is one of the worst abusers of using government subsidies to protect its less-efficient sugar producers and distort the world market.  They’ve gotten away with it for years.

But there’s a new sugar sheriff in town.  And the days of penalty-free trade cheating are numbered – even for the true OPEC of sugar.