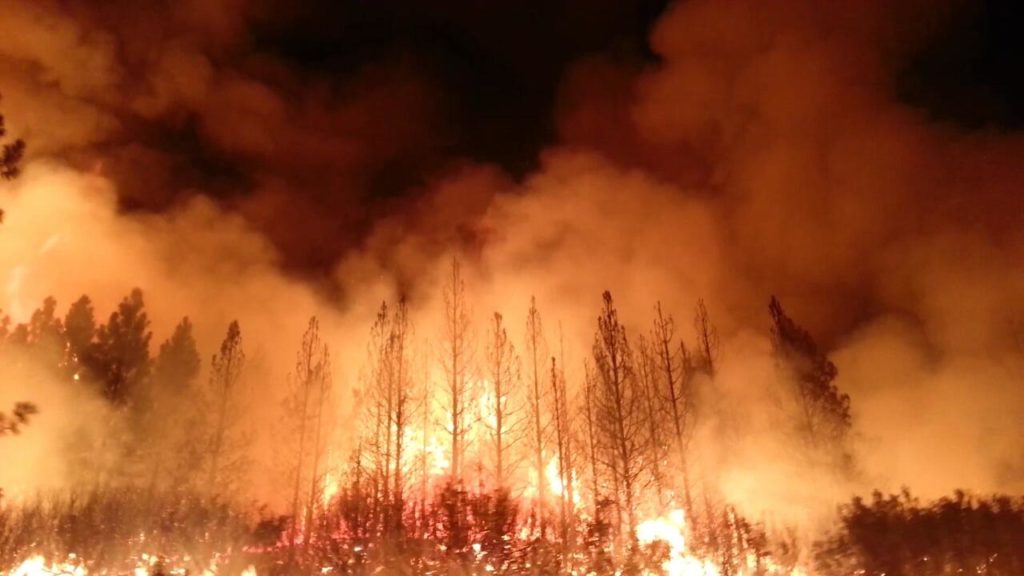 (Doug Flaherty) – As one Doctor in Arizona recently asked……”How can it be that government agency burn managers can create so much destruction, pollution and misery, without any conscience whatsoever?”

This subjective process is followed by burning out everything left within the “fire footprint” computer model for days, weeks and months using sphere ignition devices dropped by helicopters, helicopter drip torching and ground ignition devices to grow and extend fire and heat.

The Federal Government “must burn”, “just burn”, just let it burn” dogma is not based on true and settled science, but on subjective agenda driven Forest Ecologist academia, an almost government gang like fervent “must burn” sycophant mentality. This process is supported by local and state air pollution agencies leaving the public unprotected when it comes to enforcing the Clean Air Act.

This destructive process is carefully coordinated with press releases and quotes from academia, reporting these fires as “wild” and “natural” and thereby necessary. There is nothing “wild” or “natural” about this process.

US burn managers continue to degrade public health, harm our families, children and our pets. They suffocate and destroy wildlife, degrade our recreation, pollute our streams and lakes with carbon black particles, purposely growing fire, smoke and heat with impunity, without any real oversight or accountability.

Largely unknown to the press and the public, according to public records and official spokespersons, this purposeful fire growth has been “quietly” going on since 1974.

No Dorothy, our burn managers haven’t been putting out fires for 100 years as they allege. They have actually been purposely growing them for the last 45 years exponentially larger and larger every year. While our firefighters are assigned to protect structures on various fronts, US burn managers subjectively and extensively are growing fires on other fronts.

Since 1974, the US land management culture has been taken over by academia driven Forest Ecologists and government funded Forest Ecology Professors so called scientific papers and news articles, preaching the religion of burning, regardless of destruction, pollution or impacts on public health. This, resulting in a continuation of misery of the masses throughout the Western US.

Rather than providing necessary leadership, suppression resources and embracing the latest technology, fire burn managers have been threatening the public, politicians and the insurance industry for years with the chant of “not if but when”. This while Insurance rates and destruction under the watch of Federal burn managers have skyrocketed under their failed leadership.

And now, the Federal Government is throwing billions of dollars into more out of control prescribed fire, heat and pollution programs without any real oversight.

Federal burn managers continue to hide behind climate change, the bark beetle and firefighter safety as an excuse for their failed leadership.

No one wants to see our firefighters injured or killed, however early fire retardant air attack resources will and can prevent firefighter injuries or death. This along with ensuring the 10 Fire Safety and 18 Watch out Fire Orders are followed.

Most wildland firefighter deaths have occurred due to a lack of training and supervision and the failure to ensure these lifesaving orders are followed.

Totally failing in the leadership role our public expects, perhaps it’s time to think about taking fire suppression away from the USFS, BLM and the National Parks.

It’s time our politicians and the public demand oversight, monitoring and an end to this type of subjective government destruction and pollution.

One consideration may be to transfer our mismanaged federal lands back to state control.