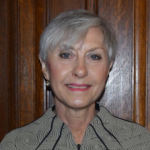 (Mary Rooney) – I was an early leader in the Tea Party movement in Nevada, that spontaneous grassroots uprising of patriotic Americans driven to activism by the many intolerable overreaches made by the government during the Obama years. During that time, I was witness to many Republicans who did not stand next to us and fight against new and bigger taxes and the ever increasing size and scope of the state. Sadly, we all know these types of Republicans well—who campaign as conservatives and govern as moderates or worse.

Those types of politicians rely on voters not knowing how they act when they’re in office and only listening to their rhetoric during the campaign season. 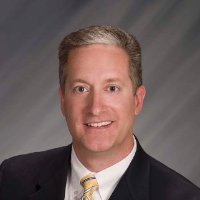 Keith Pickard, a first-term Assemblyman representing District 22 in suburban Henderson, has announced that he’s seeking a political promotion to the Nevada Senate, District 20. Like any other creature of the swamp, he’s counting on Republicans not doing their homework in his bid against political newcomer and U.S. Army combat veteran Byron Brooks.

Pickard’s only hope is that voters in that district remain ignorant of how he spent his first and only term in office. He’s betting that, come election day, Republicans won’t know that he went to Carson City and voted with his special interest friends and against taxpayers at virtually every opportunity.

But, voters should know. They should know that as one of his first acts as an elected official, Pickard confirmed his status as swamp creature by casting a vote to repeal the 2015 ban on gifts from lobbyists to legislators, a reform championed by Republicans just one legislative session earlier. The repeal measure, Senate Bill 380, would’ve been a major step back for the integrity of our state’s legislative politics, but Pickard saw fit to attack this major piece of good governance law in his first term in office—working against fellow Republicans to ensure that special interest lobbyists would be able to wine and dine him in his new position.

Voters should know that Pickard does a great John Kerry impression—voting for legislation, right after he votes against it. In the final hours of the Nevada legislature, Pickard cast his vote with Democrats to repeal the prevailing wage exemption as it applies to the construction of some new schools.

If passed, SB 173 would have artificially jacked up the cost of school construction in Nevada, meaning higher taxes for fewer schools. When the exemption was first passed in 2015, it was estimated that the Clark County School District was building three schools for the cost of four. The exemption brought costs to heel and in line with private sector expenses.

Inexplicably, Pickard’s betrayal came just hours after he stood with other members of the GOP caucus in the Assembly to oppose repealing this conservative reform—but with no explanation from Pickard about why he had a change of heart on this basic good governance issue.  If Keith Pickard had his way, we’d be back to a costly scheme that hurts schoolchildren and taxpayers.

Voters should know Pickard joined with Democrats to help them advance radical, progressive “criminal justice reform.” Current law stipulates that some defendants must leave bail with the court to secure their release as a form of guarantee that the accused individual will return to their court date. Pickard voted with Democrats to allow accused felons to leave jail with little more than their signature as a guarantee that they would return to face the music. Thankfully, this bill didn’t make it past moderate Republican Governor Brian Sandoval.

The list goes on—Pickard supported legislation that would allow Nevadans to vote anywhere in on Election Day, seriously increasing the chance of election fraud or ballot abuse. He voted to allow the County Clerk to print ballots in whatever language he or she deems fit and to force local governments to pay for the union activities of some of their employees. He voted to protect government-mandated red tape when it comes to changing your name or riding with Uber or Lyft. Keith Pickard spent his short time in office voting against the Republican constituents who elected him.

All told, Assemblyman Pickard voted together with Aaron Ford an astounding 92% of the time. If elected to the state Senate, Republicans like me who live in Senate District 20 will have no representation.