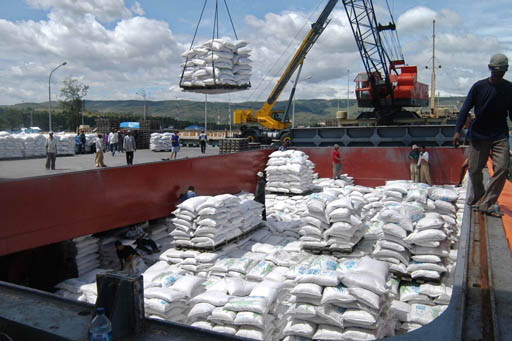 (Chuck Muth) – A story this week in the Bangkok Post vividly exposes just how unbalanced and inequitable the world sugar market is and why it’s critical for Congress to keep the U.S. sugar program in place unless drastic and real reforms are made by global competitors.

Thailand – #2 global sugar exporter and trying harder – has been accused of “foul play” by Brazil – #1 in the world – and will be challenged for trade violations at the World Trade Organization (WTO) meeting in Geneva next month.

“Brazil,” the Post reports, “is challenging Thailand over ‘subsidies’ for sugar producers that it says have dragged down global prices and allow Thailand to win a larger market share at the expense of Brazilian producers, conduct that is not in line with international trade agreements.”

In response, Thailand recently announced a series reforms “to overhaul” its sugar system which are designed to preemptively defend against the complaint – demonstrating that enforceable global trade agreements indeed have the potential to better ensure a fair and balanced market.

The main issue is a “70:30 profit-sharing system between sugar millers and cane growers (that) provides monetary support from the country’s Cane and Sugar Fund to Thai sugar cane producers.”

“When the fund does not have enough money,” the Post continues, “it seeks loans from the state-owned Bank for Agriculture and Agricultural Cooperatives

The reform proposal would cancel the profit-sharing system, as well as “revoke the sugar quota system, which sets aside three quotas each year to prevent sugar shortages.”

However, sugar traders maintain the proposal won’t result in any actual changes.  “It just changes what you call it, from a quota to a buffer stock,” one trader told the paper.

Unfortunately, sugar industry observers predict that even if the proposed reforms are enacted, “there is unlikely to be any change to the Thai sugar trade.”

All the more reason why Congress needs to keep the U.S. sugar program of modest import quotas and tariffs in place unless or until a “zero-for-zero” agreement is reached with trading partners which requires them to actually, not just on paper, end government subsidies for their sugar production and export industries.

Unilateral disarmament in this decidedly not-free market is not in our nation’s best interest.